by Contributor
in Community, Latest, News
0 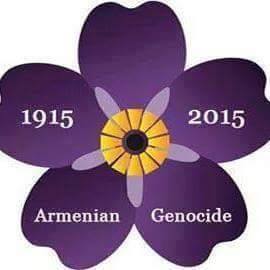 LOS ANGELES—A project that will commemorate the centennial of the Armenian Genocide through the performance of Armenian-language literary texts and songs that add up to 1.5 million words was launched this week.

The “1.5 Million Words Project” will track public and educational events, and tally the number of Armenian words that are performed (by being read, spoken, or sung) until a cumulative goal of 1.5 million words – reflecting the number of Genocide victims – is reached.

“The Armenian language is a potent symbol of Armenian survival, and this project aims to reaffirm and celebrate that,” remarked Christopher Olmassakian, who conceived the project and serves as its director.

Cultural organizations and educational institutions throughout Southern California are expected to participate in the online endeavor, submitting events like theater productions, poetry readings, and concerts, and having the number of words they feature count toward the 1.5 million goal. Organizers aim to reach this mark by April 24.

Logistical support for the project will be provided by the Garni Theater Ensemble, according to Aram Kouyoumdjian, the troupe’s artistic director. Garni presented an adaptation of Levon Shant’s Armenian-language play “Hin Asdvadzner” (Ancient Gods) last year.

“That text had over 4,500 words,” Kouyoumdjian said, but pointed out that the centennial project will only track events held in 2015.

Posting of events will begin this week at the Project’s Facebook page.

Sarkisian Unleashes Wrath on Tsarukian, Fires Him from Security Post