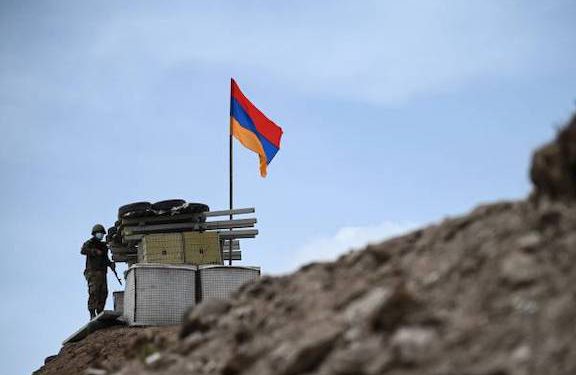 Armenia’s Defense Ministry on Wednesday said that after Azerbaijani forces attacked Armenia’s eastern border in the Syunik Province on Tuesday, they captured 13 Armenian soldiers, while another 24 have gone missing.

The ministry confirmed that one soldier, Meruzhan Harutyunyan (b. 1991), was killed during the attack.

The Defense Ministry added that “negotiations are currently underway with the mediation of the Russian side for the resolution of the situation and the repatriation of the captured servicemen. Intensive work is underway to establish the whereabouts of the servicemen who went missing.”

The defense ministry also confirmed that as a result of the attack Armenia lost two “combat positions” that are currently controlled by Azerbaijani forces.

The statement also said 70 Azerbaijani soldiers were killed or wounded during the fighting, with Azerbaijani forces losing number of armored vehicles, trucks and other military hardware.

Azerbaijan’s Defense Ministry said Wednesday that seven of its soldiers were killed and 10 others wounded during Tuesday’s military operations.