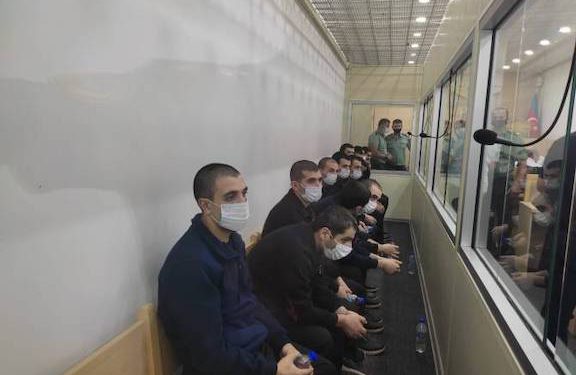 13 more Armenian POWs have been sentenced

A court in Baku on Friday sentenced another 13 Armenian prisoners of war to six years in prison after staging sham trials. This follows the sentencing of 13 other POWs on Thursday.

The court also ruled that upon serving the sentence, the POWs will be immediately returned—or extradited—to Armenia.

The presiding judge made the ruling bringing various charges, including terrorism, illegal transfer and sale of arms as well as being part of “armed groups.”

Earlier this month 14 other POWs were sentenced to serve fours years to six months in prison.

The harshest sentence thus far handed down by an Azerbaijani court in its fraudulent trials was to Lebanese-Armenian Vicken Euljekjian, who was given a 20-year sentence.