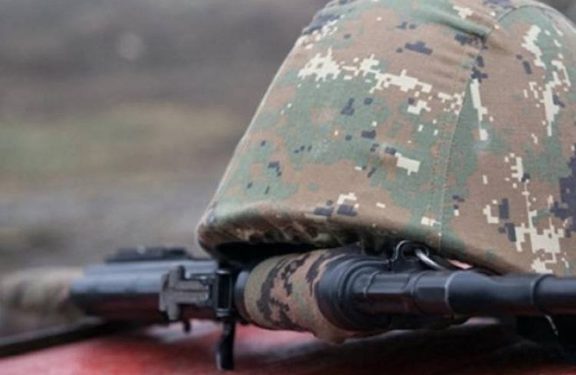 As a result of Azerbaijani attacks on Armenia’s border regions, two Armenian soldiers were killed Monday, the defense ministry reported.

At 9:50 a.m. local on Monday, Armenian servicemen Vahan Tatosyan (b. 1975) was killed by Azerbaijani sniper fire in the Yeraskh region of the Ararat Province bordering Nakhichevan.

Armenia’s Defense Ministry added that Azerbaijanis suffered losses during this operation as well.

On Monday night, Azerbaijani Armed Forces began firing near the Armenian-Azerbaijani border in the Syunik Province, specifically at the Black Lake (Sev Lit) section, in an effort to advance their positions, the defense ministry reported.

Armenia’s Human Rights Defender Arman Tatoyan on Monday said that according to reports from residents, Azerbaijani armed forces have been firing in the direction of Sotk mountain pass in the Gegharkunik Province.

Tatoyan explained that Azerbaijani shots emanated from the area where wind turbines have been operating. He said the almost 500-acre area, which is in the Geghamasar village in Gegharkunik in the Sotk moutain pass, was leased to a company in Armenia in December 2000 for 30 years for producing wind energy.

Earlier on Monday, Tatoyan also reported Azerbaijani shooting in the direction of the villages of Kut and Norabak in the Gegharkunik Province.

“The shootings have been intense and come from different caliber weapons. The residents are trying to hide in shelters,” Tatoyan said.

“These actions of the Azerbaijani Armed Forces are criminal, and directly aim at killing people, undermining their security and peace,” Tatoyan warned.

U.S. Discusses Karabakh with Turkey as Calls for De-Escalation Mount