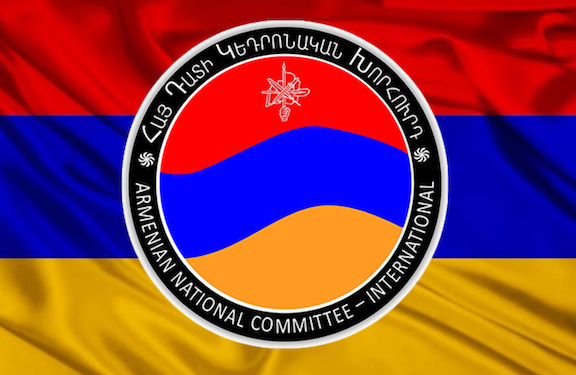 The recent actions and statements of the Azerbaijani authorities have justly elicited anger among Armenians. The outcome of the war has become an opportunity for Aliyev to set a new standard of anti-Armenian rhetoric, to try to trample on the Armenians’ national dignity and to question the territorial integrity of Armenia. Baku’s political antics, which are greatly influenced by Turkey’s posturing, irrevocably are crossing all red lines, forcing our people to come together and to protect the security of the homeland and the inviolability of its existing borders. The Azerbaijani-Turkish threats also fully fit into the context of genocidal intentions, manifested in the overt desire to deprive the Armenian people of their homeland and to seize it.

Stung by defeat in the first Karabakh War, Azerbaijan is behaving not as a side that won the war, but rather as a side that has lost all sense of reality as a result of committing a crime against humanity.

“The recent opening of a “Military Trophy Park” in Baku is yet another example of hatred toward mankind and is a manifestation of such a malice that the civilized world has not seen since the second half of the 20th century, when national liberation movements gained momentum following the fall of modern dictatorships.

Azerbaijan’s continued internment of Armenian prisoners of war and their inhumane treatment, the attempts to use them as a political bargaining chip, its overt aspirations toward the sovereign territory of the Republic of Armenia, the violations of the rights of our people, as well as the threats emanating from Turkish-Azerbaijani leadership, cement the long held Turkish-Azeri ambitions to guarantee continuous enmity between the Armenian and Azerbaijani people.

The resulting situation is extremely explosive, especially given Turkey’s significant role in the matter. We have already initiated necessary steps and efforts with states, international organizations and the global community in general.

We sternly are warning the dictator of Azerbaijan: do not toy with the national dignity of our people. Almost all dictators and war criminals in the history of mankind have met a disgraceful fate.

The Karabakh conflict continues to remain unresolved. Hence, we will continue the just struggle of the Armenians for the restoration of Artsakh and the dignity of Armenia.

Procession of Torches to Dzidzernagapert Emphasizes Justice for Genocide