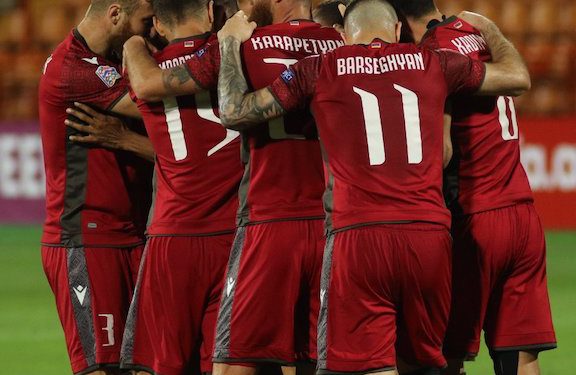 Armenia’s National Soccer team on Wednesday beat Romania 3 to 1 in a World Cup qualifier match held at the Vazgen Sargsyan Stadium in Yerevan. This was the second victory this week for the Armenia’s National Team, which beat Iceland on Sunday 2-0 in a home game.

The two teams had ample opportunities to score goals in the first half of the game, reported news.am. However none were scored. The second half saw the scoring all five goals of the match. In the 56th minute, Armenia’s Edward Spertsyan scored the first goal. The Romanian team scored their two goals in the 62nd and 72nd minute marks.

It was during the last minutes of the match that Armenia scored its two additional goals, leading it to victory. Varazdat Haroyan and Tigran Barseghyan scored the winning goals for the team.

The Armenia team, which ranks 99th has had a string of three victories securing nine points in the World Cup qualifying competitions. All this despite its team captain Henrikh Mkhitaryan being sidelined due to an injury.