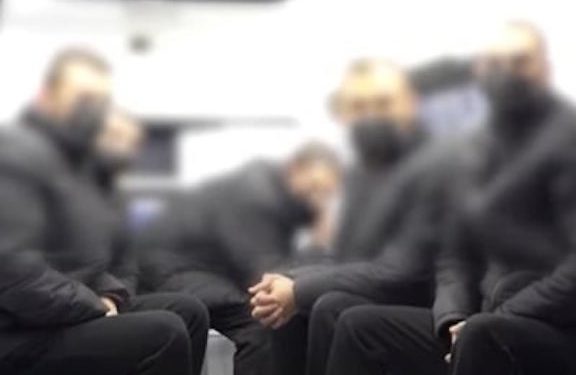 Armenian POWs en route to Armenia after being released on Wednesday

Armenia’s Investigative Committee has detained another prisoner of war captured during the November 16 invasion attempt by Azerbaijan and repatriated back to Armenia.

On Thursday the Investigative Committee told News.am that Arman Khachatryan, who was one of five POWs released on Wednesday has been detained on charges of violating the rules of military service.

Last week, another repatriated POW was also detained upon his return to Armenia.

When 10 POWs were released on December 4, four of them were remanded into custody, after all were interrogated by Armenia’s investigative services.

Prime Minister Nikol Pashinyan, during a presentation to parliament earlier this month, charged that the POWs captured during the November 16 operation must be questioned and punitive measures taken if warranted. Armenia’s parliament speaker Alen Simonyan was caught on tape disparaging the POWs by echoing Pashinyan’s sentiments during meeting with Armenian community members in France.

This has given Azerbaijan’s President Ilham Aliyev a new talking point. He has commented that it is not his government who is holding POWs, but rather the Armenian government, which is remanding returned captives to custody.

Meanwhile on Thursday, a court in Armenia rejected a motion to extend the custody of former POW Robert Nalbandyan, who was captured on November 16 and returned on December 4.

According to Armenia’s former Human Rights Defender Ruben Melikyan, Nalbandyan will be released on January 6. Melikyan explained in a Facebook post that the POWs term of custody was for one month.