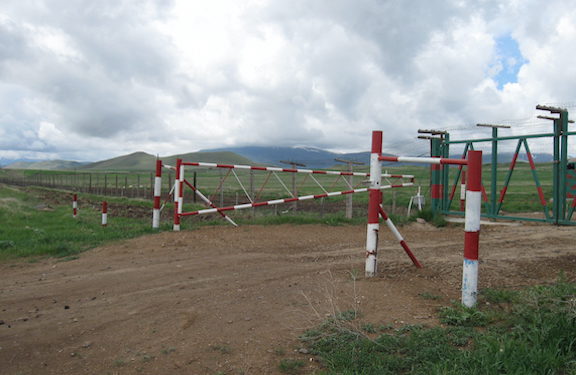 In recent weeks we have seen an acceleration in efforts to normalize relations between Armenia and Turkey. These efforts are “encouraged,” if not imposed, by Russia, the US, and Europe and it is clear that Turkey’s negotiation strategy on some issue is being coordinated with Azerbaijan.

Yet as Armenia and its leaders state that Yerevan will take part in talks without preconditions and expect the same on the part of Turkey, we discern the opposite from Ankara.

Turkey’s officials, from its president on down, have called for Armenia to recognize Azerbaijan’s territorial integrity, which includes Artsakh as part of Azerbaijan. Lately, the same officials are also calling for Armenia to sign onto Baku’s scheme to establish a transport corridor that will connect Azerbaijan to Nakhichevan and Turkey through Armenia—the so-called “Zangezur Corridor.”

Just last week, Turkey’s presidential spokesperson also vowed that the current normalization efforts will destroy the Armenian-American community because the “basis on which that the diaspora has formulated all its arguments is on the verge of collapse.” This, of course, is a reference to our community’s valiant efforts in the pursuit of justice for the Armenian Genocide.

This normalization process, assuming, is fraught with dangers, even more so than in 2009 when President Serzh Sarkisian agreed to the signing of the Turkish-Armenian Protocols. The reason is simple: Armenia is a defeated state and both common sense and Turkey’s diplomatic traditions suggest that Ankara has no reason to minimize its demands, to the contrary.

Indeed, some issues exceed the mandate of any Armenian government.

The Turkish government and its president have ruled that country with an iron fist and have betrayed their own allies to advance their desired objectives. It is the same unscrupulous government that will sit down with Armenia’s representative to create “dialogue.”

As we have said before, we do not object to dialogue that will advance Armenia’s interests in the region but we do wholeheartedly and vehemently oppose surrender.

We call on the Armenian government to proceed with the utmost caution and conduct this process in a transparent and accountable fashion, which thus far has been shrouded in secrecy. We also anticipate that other political forces in Armenia will be resolute in their actions to guarantee the very existence of our homeland and our Nation.

In the Diaspora, our communities have a responsibility—especially in stakeholder countries—to engage political and elected officials, and by raising these concerns, urge them to advocate for Armenia’s interests in the process. As was the case in 2009, we are taking up the mantle to diligently follow the processes and marshal the community to take action to prevent threats to the homeland and the Nation.