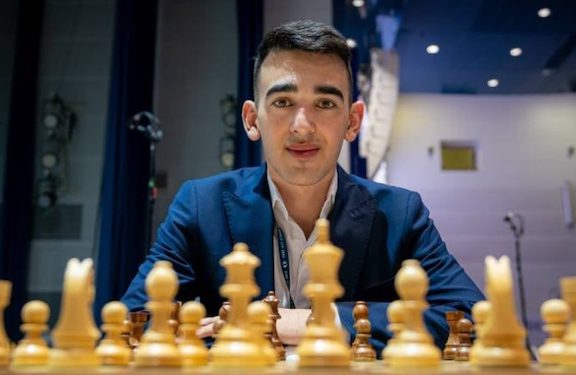 Armenian Grandmaster Haik Martirosyan spoke to the World Chess Federation, known as  FIDE, about his win against Shakhriyar Mamedyarov of Azerbaijan on Tuesday and his expectations from the FIDE World Cup.

In the first game, Mamedyarov, playing with White, sacrificed a pawn out of the opening for some compensation but Martirosyan defended well and outplayed his opponent in the endgame, according to the FIDE website. Not wanting to play for a draw in the second game with White, Martirosyan went all-out for a win against Mamedyarov’s very dubious opening set-up.

In a highly complex position, his superb move 35.Kf2! blocking the f-pawn and preparing an assault on Black’s king was enough for Black to realise that he had to exchange pieces and simplify to an easily drawn rook ending.

“Playing against Mamedyarov was very hard, because he is a top player, a very strong player,” Martirosyan said.

“I know him from the Olympiad, he is a strong player, and it’s not going to be easy,” he said.

The 2021 FIDE World Cup is a 206-player knockout taking place in Krasnaya Polyana, near Sochi, Russia from July 12 to August 6. The prize fund is almost $1.9m, with $110,000 for the winner, while the finalists also qualify for the 2022 Candidates Tournament.