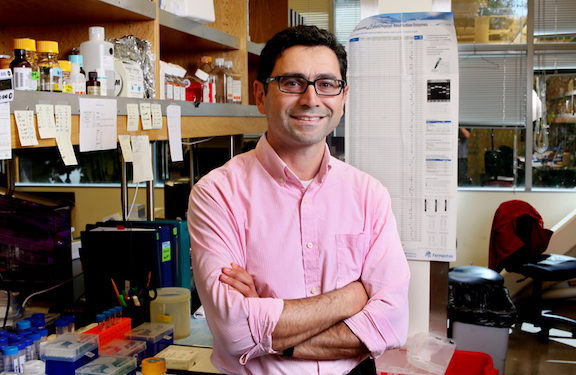 Dr. Ardem Patapoutian will share the 2021 Nobel Prize in Medicine with his colleague Dr. David Julius

The 2021 Nobel Prize in physiology and medicine has been awarded to David Julius and Ardem Patapoutian for their discoveries of receptors for temperature and touch, a statement by the Nobel Assembly said on Monday.

The two US-based scientists received the accolade for describing the mechanics of how humans perceive hot and cold, and pressure through nerve impulses.

“Our ability to sense heat, cold and touch is essential for survival and underpins our interaction with the world around us,” the Nobel Assembly said in a statement announcing the prize.

“Julius utilized capsaicin, a pungent compound from chili peppers that induces a burning sensation, to identify a sensor in the nerve endings of the skin that responds to heat … Patapoutian used pressure-sensitive cells to discover a novel class of sensors that respond to mechanical stimuli in the skin and internal organs,” it added.

Thomas Perlmann, the secretary of the Nobel Assembly and the Nobel Committee, said the discovery “unlocks the secrets of nature … It explains at a molecular level how these stimuli are converted into nerve signals. It’s an important and profound discovery.”

President Armen Sarkissian on Monday congratulated Patapoutian on receiving the honor, saying that he was delighted to learn of the two doctors’ award.

“As the President of the Republic of Armenia, I am very happy for your great success, which, I think, we all consider one of the greatest achievements of our nation,” said Sarkissian in a message addressed to Patapoutian.

“At the same time, as a former scientist, I deeply understand the breadth of your efforts and hard work, due to which, combined with your great talent, the world of science has been enriched with one more achievement,” added Sarkissian, who expressed hope to host the Patapourtian in Armenia in the near future.