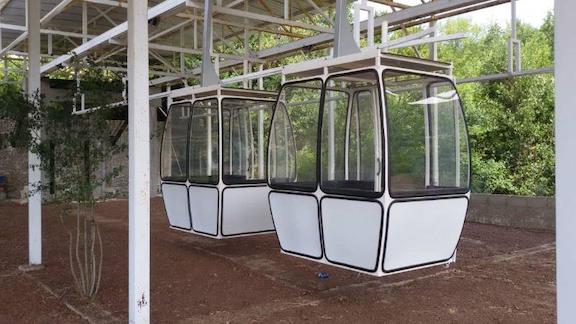 Vahan and Kevork Bedurian, Armenian brothers from Syria, have begun the process to launch the first tramway in the predominantly Armenian-populated city of Kessab, in northwestern Syria, Arevelk.am reported on Friday.

Plans for the cable cars had been under way since 2010, but the project was postponed due to the war. When Turkish terrorist groups invaded Kessab, the initial construction was destroyed and valuable equipment was stolen.

“Now is the time to gather our strength and complete the work. This difficult situation, which has profoundly affected tourism in Kessab, is temporary,” Vahan Bedurian told Arevelk.

The ongoing economic blockade in Syria strongly impacts Kessab. The return to normal life is hindered by frequent interruptions of water and electricity supply, lack of fuel and other obstacles.

EDITORIAL: A Milestone Anniversary at a Time When Independence is in Jeopardy