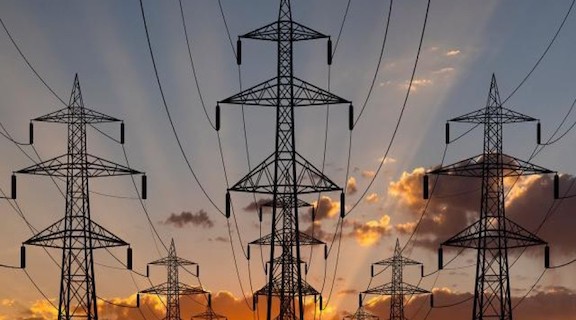 YEREVAN (Azatutyun.am)—Authorities in Nagorno-Karabakh have resorted to rolling blackouts, saying that electricity supplies from Armenia to Karabakh carried out through Azerbaijani-controlled territory have been disrupted.

The local power grid operator Artsakhenergo reported on Tuesday that a section of the high-voltage transmission line coming from Armenia was knocked down on Monday for still unknown reasons. It said the “accident” occurred near the town of Lachin handed back to Azerbaijan last summer.

“Because of the unconstructive position of the Azerbaijani side, at the moment we are unable to visit and inspect that section and organize repairs,” Artsakhenergo said in a statement. “Therefore, a decision was made to supply electricity to the republic from local generating stations with appropriate restrictions.”

The restrictions will take the form of rolling blackouts, added the statement. It urged households to use electricity sparingly to reduce the load on local hydroelectric plants that now have to fully meet Karabakh’s energy needs.

The operator clarified later in the day that starting on Wednesday households in and outside Stepanakert will have no electricity for up to two hours a day. No power cuts were reported in the Karabakh capital on Tuesday.

The Azerbaijani authorities did not immediately comment on the supply disruption which came almost one month after they blocked the sole road connecting Karabakh to Armenia, causing growing shortages of food and other essential items in the Armenian-populated region.

The day after the start of the blockade, Karabakh’s leadership accused Baku of also blocking Armenia’s gas supplies to Karabakh. The supplies were restored three days later. The United States and the European Union were quick to express serious concern over their disruption.

The Western powers have repeatedly urged the Azerbaijani side to unblock the Lachin Corridor.
Baku has dismissed their calls and defended Azerbaijani protesters continuing to occupy a section of the corridor on ostensibly environmental grounds.

Faced with the worsening shortages, the Karabakh government decided on Monday to start rationing basic foodstuffs and other essential items supplied to private shops from its strategic reserves. All Karabakh residents are due to receive in the coming days coupons for buying limited quantities of sunflower oil, sugar, macaroni, rice and buckwheat.

Zina Nazarian, a 65-year-old Stepanakert resident, said that in recent weeks she and her neighbors have routinely spent hours waiting in lines to buy food imported from or through Armenia. “But bread is available, so never mind,” she said.

According to Karabakh officials, the blockade has prevented the shipment of 12,000 metric tons of food and other essential supplies the region home to over 120,000 ethnic Armenians.

Armenia Says it Will Not Host CSTO Military Drills