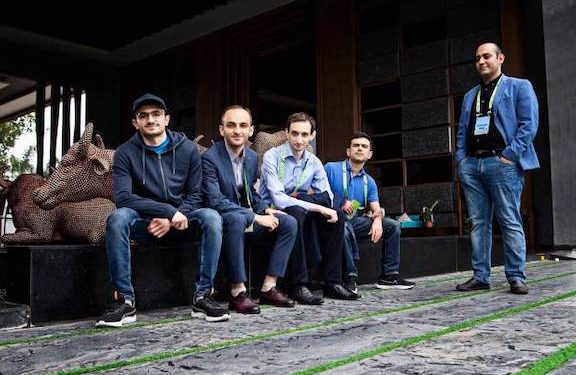 Armenia and Uzbekistan both had equal ranking before going into the final round.

Manuel Petrosyan, Robert Hovhannisyan and Hrant Melkumyan all ended their sessions in draws, with only Gabriel Sargsyan winning.

During the 10th round of the Olympiad, the Armenian men’s national team competed with the Azerbaijan and won 3:1. Hovhannisyan and Sargsyan celebrated their victory. Melkumyan and Petrosyan both ended in a draw.