HOLLYWOOD—Arpa Foundation for Film, Music and Art (AFFMA) announces its annual International film festival (Arpafilmfestival.com), to be held on November 3-6 at the Egyptian Theater in Hollywood.
Each night, the festival will feature premieres with red carpet, reception and entertainment. 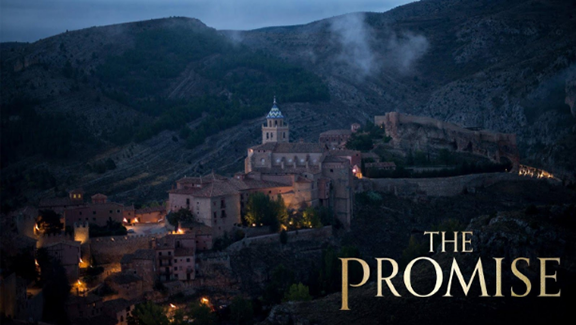 The festival’s opening night will feature film clips and “Behind-the-Scenes” of the much anticipated film “The Promise” followed by a panel discussion with the filmmakers, cast and Crew.

The four-day festival’s opening night film, “Bravo Virtuoso” is a world premiere film written and directed by French Armenian filmmaker Levon Minasian and produced by renowned filmmaker, producer Robert Guedikian.
“Bravo Virtuoso” is about a young man Alik, 25, who has been raised by his grandfather, conductor of a renowned classical orchestra in post-Soviet Armenia where cultural institutions are failing and oligarchs allied with the mafia hold power. Alik, a clarinetist, is the virtuoso in this orchestra whose existence is seriously threatened when its key sponsor is murdered. Alik decides to take on the identity of the killer known as “The Virtuoso” and attempt to carry out his contracts. But Alik is a virtuoso musician, not a killer.

Friday, November 4, will feature a US premiere film “Hot Country, Cold Winter,” written and directed by David Safarian.
After 24 long years, Safarian comes back with another masterpiece. AFI screened his film “The Lost Paradise” in 1992 which had received great reviews in the Variety.
The story of “Hot Country, Cold Winter” is a tale of a man and a woman suffering the circumstances of a total energy crisis. Their recollections, short narratives, imagination act as aids in understanding of the story, and in understanding that core human values are shared throughout the world.
Saturday, November 5, will screen works of first time as well as seasoned filmmakers from around the world. The program will screen animations, shorts, documentaries, and feature films.

To everyone’s joy, the animation and fantasy block will have a great selection including Hovannes Toumanyan’s “Anban Huri,” written and directed by Artur Mikayelyan.
This delightful musical animation, based on Hovhannes Tumanyan’s “Anban Huri” is a fairy tale where existing injustices and inequalities of life are embodied in a character of a lazy girl.

The afternoon program continues with a world premiere documentary “The Crows of the Desert” directed by Marta Houske and produced by Paul Turpanjian.
This unique documentary depicts a hero’s journey through the Armenian Genocide. It is based on the memoirs of Levon Yotnekhparian one man’s struggle to not only stay alive but help save his people from near extinction in the 20th Century’s first genocide.
Bared Maronian’s documentary, “Women of 1915,” is the recipient of 2016 Arpa International film festival’s Armin T. Wegner Humanitarian Award.

The documentary “Women of 1915” combines facts and emotion to honor these brave women of the Armenian Genocide, many of whom lost their lives, survived to create new lives, or were forced into lives that were not their own. Many women, Armenian, European, and American, also traveled great distances to rescue lives, even at the risk of their own. Among the women highlighted in the film are survivors, volunteers, and resisters, including survivor Aurora Mardiganian, American volunteer Mary Louise Graffam, diplomat Diana Apkar, and Danish missionary Maria Jacobsen.

The feature program of the evening will start with Serge Avedikian’s “Lost in Armenia.” The story is about a French comedian who is accidentally stuck in a small village in Armenia after a show on the other side of the border. Lost without a visa or a cellphone, not speaking the language, he is quickly adopted as a savior by the local people.
Saturday night’s centerpiece feature is Albert Kodagolian’s “Somewhere Beautiful.”  This film is a US premiere and it is a USA / Argentina production.  The film directed by Albert Kodagolian also stars Arpa’s Lifetime Achievement Award recipient, the French actor Dominique Pinion.

“Somewhere Beautiful” is about two emotionally charged love triangle that collides as Elena accompanies her photographer husband on a work trip, falling for the sublime beauty of Patagonia and the man who guides them through it. Meanwhile, Albert, a director returning home to Los Angeles, adjusts to being a single father in the wake of his failing marriage. As both characters come to terms with their realities, bonds are forged and beginnings found.
Inspired by Atom Egoyan’s seminal film “Calendar,” “Somewhere Beautiful” explores the space between the twilight of one connection and the dawn of another.
Featuring Argentinian stars Maria Alche (The Holy Girl) and Pablo Cedron (The Aura, Aballay) and French film legend Dominique Pinon (Amelie, Delicatessen). This sparkling example of world cinema is a tale of quiet resilience that also serves as a gentle reminder for lovers to heed.