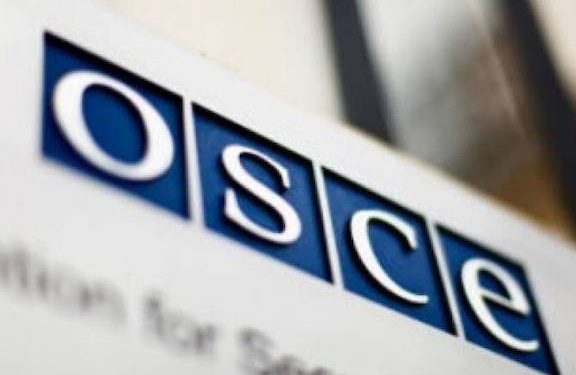 The foreign ministry and parliament of Artsakh have separately condemned the anti-Armenian remarks of Azerbaijan’s President Ilham Aliyev, who said that his government will thwart and derail the OSCE Minsk Group co-chairs efforts to find a settlement for the Karabakh conflict.

Denouncing Aliyev’s use of “destructive, expansionist words,” Artsakh Foreign Ministry said on Friday that the Azerbaijani leader’s policy “is a gross violation of international law, international humanitarian law, and the agreements reached. It aims to torpedo peace and stability initiatives and dismantle the existing processes.”

The Azerbaijani leader also specifically targeted the activities of the OSCE Minsk Group co-chairs and the peacekeeping mission carried out in Artsakh by one of the co-chairing countries—the Russian Federation—by voicing absurd accusations against their activities,” the foreign ministry pointed out.

“The OSCE Minsk Group Co-chairmanship is the only format for the settlement of the Azerbaijan-Karabakh conflict agreed by all sides,” said the statement. “We highly appreciate the mission of the Russian peacekeeping forces in Artsakh and consider unacceptable any attempt to cast a shadow on their activities.”

The foreign ministry called on the international community to “properly assess” Azerbaijan’s actions.
The Ministry of Foreign Affairs of the Republic of Artsakh strongly condemns the behavior of Azerbaijan.

In a joint announcement issued on Friday, the parties and alliances represented in Artsakh’s parliament condemned Baku and Aliyev for attempts to derail international efforts to establish peace, as well as the continued aggression by Azerbaijani forces against the population of Artsakh.

The Free Homeland-UCA Alliance, the United Homeland Alliance, the Justice party, the Armenian Revolutionary Federation, and the Democratic Party of Artsakh said in the joint statement that despite agreeing to the November 9, 2020 statement, Azerbaijan “Azerbaijan regularly creates tense situations on the borders of the Artsakh Republic and the Republic of Armenia, targeting mainly the civilian population of the two Armenian republics.”

“Such provocations, which have become more frequent in recent days, demonstrate that Azerbaijan has not renounced its decades-long anti-Armenian policy the sincerity of the statements that are made by the the military-political leadership of the country,” added the statement.

“Despite efforts to establish peace by one of the Minsk Group Co-Chairs, the Russian Federation, Azerbaijan’s aggression unleashed against the people of Artsakh in the fall of 2020 with the participation of Turkey and international terrorists, accompanied by massive human rights violations, continues with other methods. All this is regularly inflamed by the constant threats particularly made by the leader of Azerbaijan who questions the security of the corridor controlled by Russian peacekeepers,” added the parliamentary groups.

The statement also criticized the inadequate response by the leadership of Armenia, international organization and countries, saying that the lack of a reaction is sending the wrong signal to Azerbaijan’s president who “forgetting the commitments made by his country when joining authoritative European structures, is currently wanting to limit the activities of the OSCE Minsk Group, which consists of three permanent members of the UN Security Council—Russia, the United States and France.”

The joint parliament statement called on the Minsk Group co-chairs “to take practical steps to neutralize Azerbaijan’s destructive policy in order to prevent new tensions in the region and make those in charge of that country respect international law.”