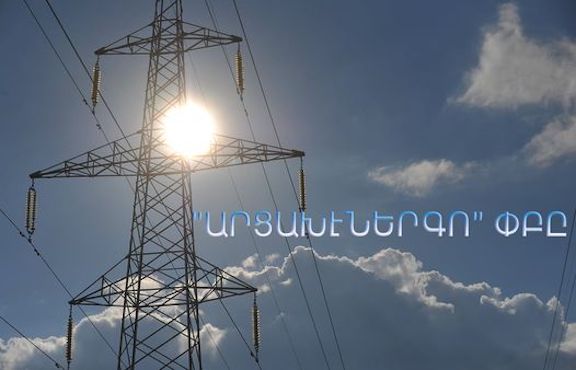 Artsakh authorities accused Azerbaijan of hampering efforts to repair the electricity grid that is supplying power to Artsakh from Armenia as the now month-long blockade of the Lachin Corridor continued.

Azerbaijan is barring crews from accessing the area where the power lines supply electricity to Artsakh are located, government officials told Armenpress on Wednesday.

“Azerbaijan is not allowing to carry out damage repair works in the section where the only high-voltage power line supplying Artsakh from Armenia was damaged,” the emergency response headquarters of the Artsakh government said.

ArtsakhEnergo, the power company operating the electricity supply to Artsakh said that the grid was damaged at around 2:35 p.m. local time on Monday. The location of the damage was pinpointed to the Aghavno-Berdzor areas, which were relinquished to Azerbaijani control in August.

The 110 Kilowatt power line spans from Goris in Armenia to Stepanakert.

“Due to the destructive position of the Azerbaijani side it is impossible to organize an inspection and restoration works at this moment in that area, therefore a decision has been made to conduct the power supply through domestic electricity-production plants with respective limitations,” ArtsakhEnergo said in a statement on Tuesday and advised that residents conserve power to avoid additional outages.

The authorities on Tuesday announced rolling blackouts across Artsakh.

Ruben Vardanyan, Artsakh’s State Minister and the head of the emergency response center there, said Wednesday that Azerbaijan is de-facto also obstructing the energy supply from Armenia under severe winter conditions.

“The situation is difficult, and I’d like to thank our residents for withstanding all hardships. We have numerous problems with both food and medicine. In the past two days the electricity shortage has compounded the situation,” said Vardanyan.

“Azerbaijan is not only preventing us from bringing in food and medicine, but is also barring repair crews from accessing the site of the damage to restore energy supply,” Vardanyan said, highlighting the need to ration existing resources.

He added that the private sector is also in a difficult situation because the blockade has led to an economic crisis and many people are losing their jobs.

Vardanyan said the Azeri policy is clear – to achieve the depopulation of Artsakh through pressures.

“But we are struggling for our right to live in our homeland, on our land. And I am very inspired that our people accept this approach. But this requires us, as leaders, to be honest and frank with our people, to understand the entire seriousness of the situation,” added Vardanyan.

“The people of the Artsakh Republic are the strongest supporters and advocates of peace and good-neighborly relations, but peace is simply impossible without respect and recognition of the rights of Artsakh Armenians. The price of peace on other terms are the lives of the people of Artsakh and genocide,” said Artsakh President Arayik Harutyunyan in an address to the people.

“120,000 residents of Artsakh, living under a month-long blockade and various ongoing repressions, continue to hope that in the 21st century there will not—and should not—be a genocide. In today’s world, people, their rights and freedoms are of greater importance than monetary values,” added Harutyunyan.