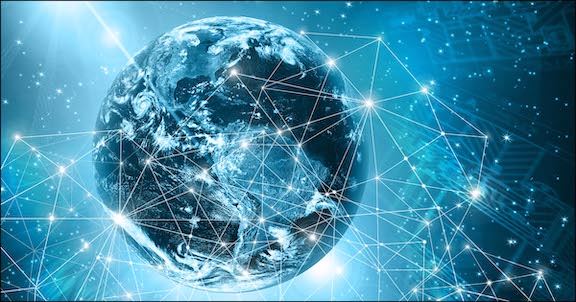 Artsakh authorities on Thursday accused Azerbaijan of deliberately cutting off broadband internet connection to Artsakh, in addition to impeding efforts to restore the power supply there, which was hampered due to an accident.

At around 3:30 p.m. local time on Thursday, Azerbaijan deliberately cut the broadband cables from Armenia to Artsakh around the Shushi section of the Lachin Corridor, disrupting communications and internet connection throughout Artsakh, the country’s human rights defender Gegham Stepanyan said in a message posted to social media.

“Azerbaijan is deliberately paralyzing the work of vital infrastructures, taking advantage of the fact that they pass through the territories under Azerbaijani control. This is clearly evidenced by the disruptions of gas supply (March 2022, December 2022), the obstruction of repairs of high-voltage electric wires since January 9, and periodic disruptions of the internet and mobile communication in the territory of Artsakh,” said Stepanyan.

“Under the complete blockade of Artsakh, this method of infrastructural intimidation aims to subject the civilian population of Artsakh to additional suffering and create unbearable living conditions in Artsakh,” added Stepanyan.

“Azerbaijan’s behavior is an insult to the human rights agenda, humanitarian values and civilized conduct. States and international structures, and first of all the co-chairing countries of the OSCE Minsk Group—the Russian Federation, the United States of America, and France—are oblogated to put an end to Azerbaijani criminal permissiveness and impunity,” Stepanyan wrote.

Karabakh Telecom, the internet operator in Artsakh, said it stopped providing service through its fixed network because the fiber-optic cable running from Armenia to Artsakh was cut. That cable also runs through territory, which fell under Azerbaijani control in August. Artsakh residents are able to access the internet through their telephones. That connection is shoddy, according to users.

The cutting of the internet connections follows an interruption of electricity supplies as a result of a damaged cable on the electrical grid, all of which are located or pass through Berdzor, which was handed over to Azerbaijan in August. These areas are under the direct protection of the Russian peacekeeping forces.

Artsakh’s State Minister Ruben Vardanyan, who is also leading the emergency response efforts to the blockade, on Thursday said that Moscow should do more to address the situation, claiming that the Russian peacekeeping forces are being provoked by Azerbaijanis claiming to be environmental activists who have closed the Lachin Corridor since December 12.

“We are seeing how the Azerbaijanis are treating the Russian peacekeepers in a very ugly and unacceptable manner, how they are mocking them,” Vardanyan said Thursday, speaking at the virtual form, adding that Azerbaijani are provoking the Russian troops so that they will use force and complicate matters further.

Vardanyan added that the mandate of the peacekeepers is limited in terms of using force or weapons. He said that he expects Russia to take a more active role in resolving the issue.

“The crisis is really serious. And from that [Russian] side we do expect a more active political participation from Russia. It is not the issue of the peacekeepers, but the issue of Moscow and Yerevan,” Vardanyan said.

The state minister said that he anticipates more assistance from Armenia and Diaspora, saying that the Armenian government has already gone on record to say that aside from providing financial assistance and advocacy in the international legal arena it cannot do more.

“It doesn’t matter what our expectations are, they [the Armenian government] have given their response, saying this is all they can do. We are grateful for that, but we need help in many other aspects in this situation,” Vardanyan said.

He also called the current situation an emergency and urged Diaspora organizations to redouble their advocacy efforts on behalf of Artsakh.