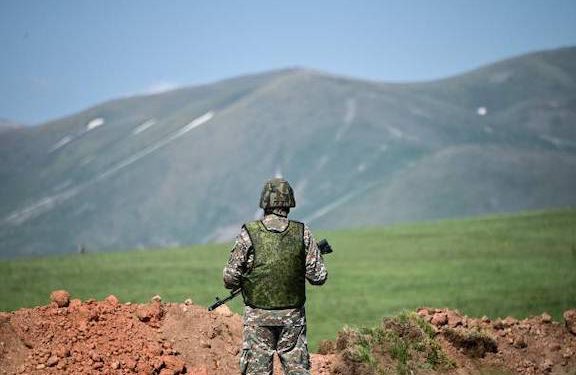 Azerbaijani forces continued their attacks on Armenian border positions in Yeraskh, as well as on Artsakh Defense Army positions on Thursday, the defense ministries of Armenia and Artsakh reported.

Beginning at 5:20 p.m. local time on Thursday, Azerbaijani forces opened fire on Armenian positions in the Yeraskh region of the Ararat Province using different caliber firearms, as a result of which fields caught fire.

Armenia’s Defense Ministry reported that Armenia’s Armed forces retaliated. No casualties were reported. As of 7 p.m. local time, the situation was reportedly under control.

“There are no casualties from the Armenian side. The command of the Russian peacekeeping contingent in the Republic of Artsakh was immediately notified about the Azerbaijani provocation,” the Artsakh Defense Ministry reported.

Azerbaijani forces attacked Artsakh Defense Forces on Wednesday using combat drones, a day after attempting to shoot at positions from near Shushi.

“On August 11, 2021, between 7:29 and 7:58 a.m. [local time] Azerbaijani military forces, using combat drones, fired two shots at Nagorno-Karabakh positions,” the Russian Defense Ministry said in a statement, adding that the Russian Peacekeeping command was undertaking effort to not allow further aggravation of the situation.