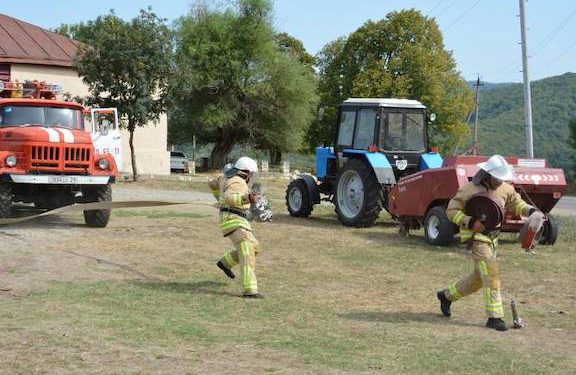 Firefighters in Artsakh came under Azerbaijani gunfire while attempting to contain a grassfire which had started from shelling by Azerbaijani forces.

The Artsakhi military reported that around 8:40 p.m. local time on Tuesday, Azerbaijani armed forces violated the ceasefire and began shooting at the south-western border, which resulted in a fire that spread to seven acres of grass field.

According to that statement, on August 16, at 9 p.m. (local) “a skirmish was registered between the armed groups of Nagorno Karabakh and the Armed Forces of the Republic of Azerbaijan” around Shushi which reportedly lasted about 15 minutes. The incident was settled with the support of the Russian peacekeeping mission, no one was injured.

The statement, however, does not specify which side was the first to violate the ceasefire.
In another statement issued last week, the Russian Defense Ministry said that Azerbaijani armed forces used strike drones against Artsakh Defense Army positions.