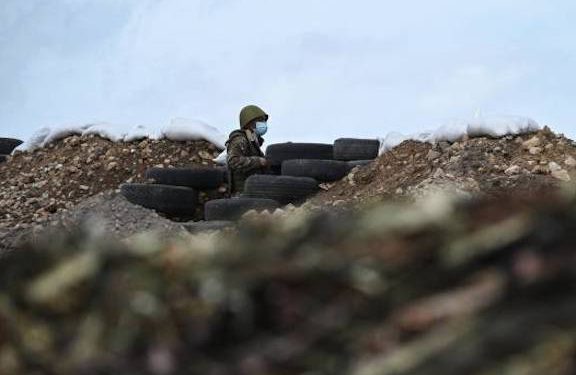 Hours after a Russian-mediated meeting between the foreign ministers of Azerbaijan and Armenia, Azerbaijani forces opened fire on Artsakh Defense Army positions on the eastern border on Thursday injuring six soldiers, the Artsakh Defense Ministry reported.

The incident, which took place on the Thursday evening (local time) was reported to the Russian Peacekeeping Command, which in conjunction with the Artsakh Defense Army command are stabilizing the situation.

The Artsakh Defense Ministry said that its forces continued to observe the ceasefire and called on Azerbaijan to “refrain from taking actions that destabilize the situation.”

“There were six servicemen in that particular position and all of them have been injured, while three others were away from the position and have avoided injuries,” added the Artsakh Defense Ministry.

Artsakh State Minister Artak Beglaryan called for the population to remain calm and refrain from spreading unfounded rumors on social media. He added that he visited the Stepanakert Military Hospital and the Republic’s Medical Center where the injured soldiers were transported, and reported that the injuries are not life threatening.

Beglaryan said in a social media post that Artsakh’s political and military leadership is taking emergency steps to stabilize the situation by making the necessary decisions and communicating with the relevant parties.

Babayan ruled out that the incident would escalate into a more large-scale military confrontation, saying that the presence of Russian peacekeepers is a deterrent for Azerbaijani forces.

“We must understand that this is a provocation by the enemy, and they will continue to resort to such provocations again, because this is their style,” Babayan told Armenpress. “This is not something new for us.”

Babayan explained the through these actions Azerbaijan is attempting advance its geopolitical goals, emphasizing that such action are directed against not only Armenians, but also Russia.

Earlier Thursday, the Artsakh Defense Ministry denied a report by Azerbaijan claiming that an Azerbaijani soldier was allegedly killed from shots fired by Artsakh Army units.

“The border units of the Defense Army heard voices of a loud quarrel and fighting in the eastern part of the Artsakh Republic (Norshen village) during the mentioned timeframe. This were followed by gunshots,” the Artsakh Defense Ministry said in a statement.