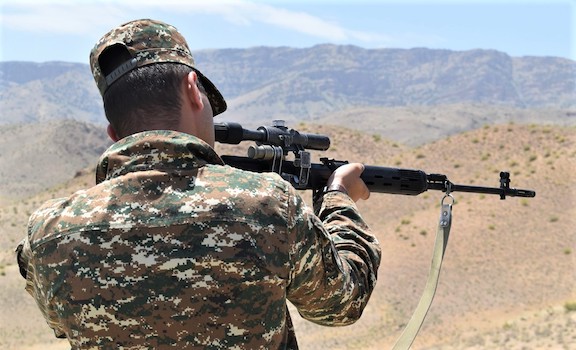 “According to the explanations received, the shots were heard in the residential part of the community, and the bullets passed through residential gardens,” explained Stepanyan in a Facebook post, adding that there were no casualties.

Stepanyan said by continuing to violate the ceasefire agreement, “Azerbaijan continues its criminal actions against the rights of the people of Artsakh, violating first of all the right to life of the civilian population.”

“After the establishment of the ceasefire, we have repeatedly stated that with such criminal actions the Azerbaijani side is attempting to intimidate the people living in Artsakh, to drive Armenians out of Artsakh by creating an atmosphere of fear and despair,” Stepanyan added.

He stressed the urgent need to immediately remove the Azerbaijani armed positions from the vicinity of peaceful civilian areas in Artsakh, to introduce impartial investigative mechanisms of ceasefire violations “to curb Azerbaijan’s criminal actions, to avoid their recurrence, and to protect the security of the residents.”