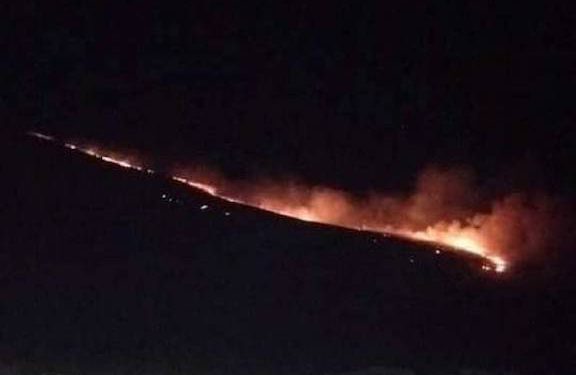 Azerbaijani forces on Sunday deliberately set fire near the Armenian-populated villages of Sotk and Kut in the Gegharkunik Province, Armenia’s Human Rights Defender Arman Tatoyan said in a statement.

He also published photos on his Facebook page that show the direction of the fires.

“The Azerbaijani servicemen understand that the current weather conditions will lead to the quick spread of fires that will destroy the areas belonging to the people,” explained Tatoyan, saying that the fires were set in order to frighten and threaten the Armenian residents.

There is no alternative to the withdrawal of Azerbaijani armed forces from the roads between the villages and communities of Armenia, in order to guarantee the rights of the border residents of Armenia, people’s peaceful and safe life,” said Tatoyan.

The Human Rights Defender said that fires, coupled with the sporadic shooting by Azerbaijani forces on Armenian positions in the Gegharkunik, Syunik and Ararat provinces are deliberately targeting the civilian population in order to further endangering their lives.