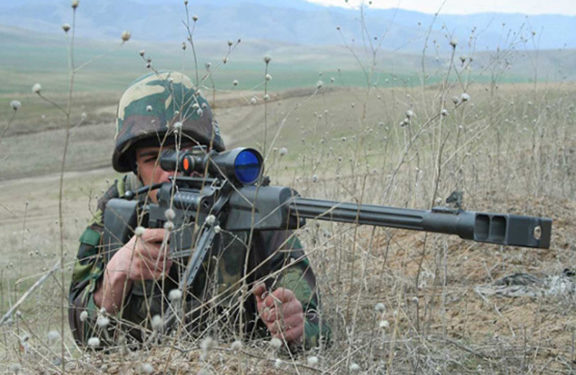 Reports of Azerbaijani forces firing at civilian targets in Artsakh’s Stepanakert were confirmed Thursday by the office of the Human Rights Defender of Artsakh.

Artsakh’s Human Rights Defender Gegham Stepanyan said in a Facebook post that the information was confirmed by relevant local authorities.

“The Russian peace-keeping forces have been informed about the incident. According to the information received from the Ministry of Health and from the Stepanakert military hospital, there are no casualties,” said Stepanyan.

“By grossly violating the trilateral declaration on ceasefire, the Azerbaijani side has been making provocations more frequently in recent days, in an effort to continuously intimidate the civilian population and creating an atmosphere of fear and tension. The introduction of clear mechanisms for investigating incidents is simply a necessity to curb the aspirations of the Azerbaijani side and end provocations,” added Stepanyan, who also reported a similar incident on Tuesday.

Azerbaijan’s infringement on the physical and psychological well-being of the people of Artsakh should receive its adequate assessments by the Russian peacekeepers and the international community, as well as the public,” said Stepanyan.