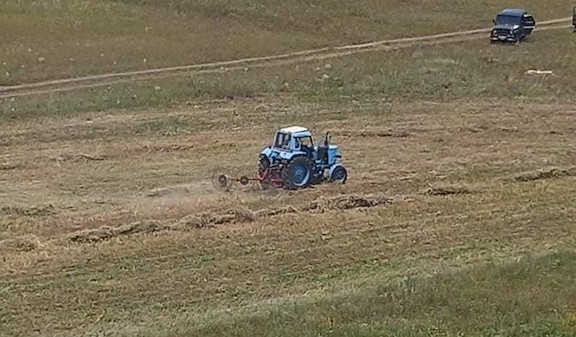 Azerbaijani servicemen have threatened residents of the Tegh village in Armenia’s Syunik province with firearms, and prohibited them from gathering their harvest, Armenia’s Human Rights Defender Arman Tatoyan warned on Monday.

Specifically, on June 26, several residents of the Tegh village went to their lands to collect the harvest. When the farmers were about 300 meters away from the Azerbaijani position in Tech’s administrative territory, they noticed five Azerbaijani armed servicemen approaching them and shouting aggressively.

At a distance of about 150 meters, they started threatening the villagers with weapons, shouting and not allowing them to collect their harvest. Two of them behaved more aggressively and demanded from the villagers not to come to those areas at all or try to use the lands.

The incident took place in a place called Andrun Stones, which is located at the intersection of the Tegh, Aravus and Khnatsakh villages of the Syunik province. The farmlands there are used by the residents of the three villages. There are both privately owned and community-owned lands. There are pastures used by the residents of these three villages to graze their cattle, explained Tatoyan.

The villagers were able to collect their harvest only on Sunday, when the commanders of the 1st Army Corps of the Armenia’s Armed Forces, the heads of the local self-government bodies accompanied them to the area, Tatoyan said.

“All this should be viewed on an ongoing basis, as they regularly commit similar acts (threats to shepherds, theft of animals, etc.) against residents of villages in both the Gegharkunik and Syunik provinces,” said Tatoyan.