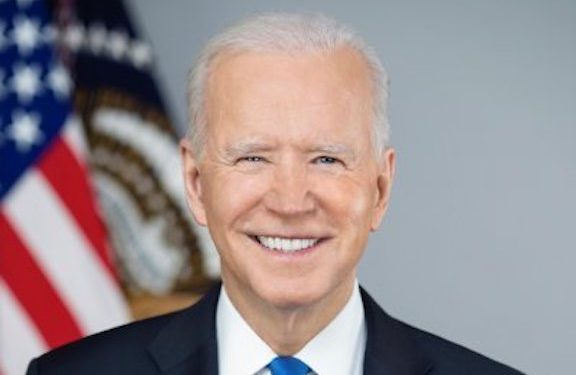 President Joe Biden called for the “safe return” of Armenian prisoners of war being held by Azerbaijan and committed the United States to assist in negotiating peaceful settlement to the Armenia-Azerbaijan conflict.

“The United States was pleased to assist in the efforts to release the Armenian prisoners of war from Azerbaijan, and we will continue to call for the safe return of all prisoners of war. We hope that our progress in this direction with the support of Georgia will be an important basis for further regional cooperation, in supplement to the discussions initiated by the Minsk Group Co-Chairs,’’ Biden said in a message released by the White House on Wednesday.

He added that he understands the difficult security challenges that emerged in 2020 as a result of the Nagorno-Karabakh conflict. “The United States is committed to assisting the parties in negotiating a comprehensive, peaceful settlement under the auspices of the OSCE Minsk Group. We urge Armenia and Azerbaijan to get involved in substantive talks as soon as possible,” said Biden.

The president added that the United States is ready to strengthen cooperation with Armenia based on common democratic values and institutions. “I look forward to working with you and your new Cabinet, to deepen and expand our bilateral relations,’’ Biden added.

In his message, Biden congratulated Prime Minister Nikol Pashinyan and his new cabinet, saying that elections show “the desire of the Armenian people to have a more democratic, fair and prosperous society, free from corruption.”

“During the last three years Armenia recorded progress in those spheres. The US is happy to assist in those efforts, among which are the assistance to the launching of the new patrol service and the formation of independent institutions for the fight against corruption networks. We will continue to be a reliable partner in your efforts to achieve these goals,” said Biden.