Book Review: Echoes of Protest in ‘Mayda’ by Srpuhi Dussap 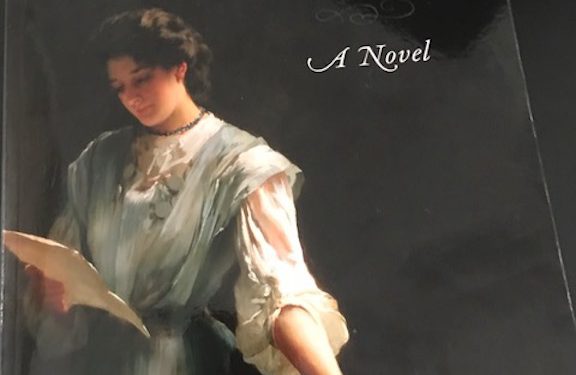 If it were not for a Zoom conference, organized by the Armenian International Women Association, I would not have known about our first Armenian female novelist, Srpuhi Dussap—née Vahanian. She was the first ever Armenian writer, male or female, to address the social inequalities experienced by Armenian women in the 1880s in Constantinople.

Dussap was born in 1842 into a wealthy Armenian Catholic family in Constantinople. Both she and her brother were very young when their father passed away, leaving their mother Nazli Arzoumanian as their only caregiver. Dussap came of age during a period of cultural awakening for Armenians in the Ottoman Empire. Her mother, Nazli, was a staunch advocate for women’s education and the founder of a charitable and educational organization to help Armenian women.

Srpuhi Dussap was first educated at a local French school until the age of 10, then homeschooled by her older brother who tutored her in French, Greek, and Italian classical literature, science, and history. It was through her brother that young Srpuhi was introduced to European writers, namely the Romantic writers like Victor Hugo, Lord Byron, and George Sand, whose works would come to influence her own. In the mid-19th century, in Constantinople, there was no schools for girls beyond primary level. Thus, it was common for girls from wealthy families to be taught by tutors at home.

In 1871, at the age of 29, the aspiring writer, Srpuhi, married her French piano teacher, Paul Dussap, who was a musician at Sultan’s court. Paul Dussap fully supported his wife’s literary pursuits, and together they ran a salon where French and Armenian intellectuals met to discuss literature and the social issues of the day.

Following the footsteps of her mother, Srpuhi became the head of an Armenian Women’s Association, which trained Armenian women to become successful teachers in Armenian schools for girls. Her experience with that organization led her to write a series of articles on women’s rights, specifically, on the rights of education and employment. These articles opened the door for Srpouhi to write her first novel, titled “Mayda.” Published in 1883, the novel caused a sensation in the Armenian community of Constantinople and hundreds of copies were sold in only a few weeks.

“Mayda” was a sharp critic of the unjust position of women in the Armenian community of Constantinople. To further her ideologies, Dussap wrote two more novels, “Siranoush” in 1884 and “Araksia” in 1888. Her novels called for emancipation of women from old social limitations. It was a call for restructuring of the Armenian society, in which women would have equal rights. At the time, these ideas were considered exceptionally controversial; the Armenian literary elite condemned her novels and saw her works as a vicious attempt to destroy the Armenian family.

After the death of her daughter from tuberculosis in 1891, Srpuhi Dussap stopped writing altogether. By the time she died in 1901, at the age of 59, Srpuhi had been forgotten in mainstream Armenian literary circles. She was alive only in the minds and works of young women writers like Zabel Yessayan and Zabel Assadour whose ideas were shaped by Dussap. Still, her novels left a mark on Armenian literature and inspired a younger generation of Armenian women to become writers and social activists.

Review of the book: “Mayda”—Echoes of Protest

The AIWA’s Zoom conference was impressive and informative. Four women discussed different phases of Dussap’s life and provided a short description of her book “Mayda.” It was enough to entice me to buy the book on the spot. AIWA has undertaken the task of translating and publishing of “Mayda” into English, in order to increase the visibility of Armenian women writers. In the past, AIWA has published the translations of three books by Armenian writer Zabel Yessayan, who was largely influenced and inspired by Dussap.

In her book, “Mayda,” Dussap pioneers and incorporates bold innovative ideas. The novel is written in the spoken Western Armenian language, rather than “Grabar,” or the classical Armenian, which, at the time, was the accepted mode as the literary form of language. The book amplifies the theme of encouraging women to be bold, to pursue their rights and participate in social life and seek education. Dussap has written Mayda in ground-breaking form of epistolary style, which is a novel written in a series of documents such as letters.

The novel is presented as an exchange of letters between an elder woman, Madame Sira, who consoles Mayda, a young widow, who has recently lost her parents and her husband. As the book opens, Madame Sira writes to Mayda, “So you say that death treated you with pitiless cruelty, viciously, snatching your father, your mother and your husband.” Madame Sira, with her wise words, tries to persuade Mayda that life will go on and she should put aside her sorrow and focus on her daughter’s welfare and not mourn so much.

To tell you the truth, the dramatic, perhaps formal, tone of the first letter was a bit difficult for me to grasp. Perhaps this is due to the fact that I am not too familiar with the romantic and poetic expressions of 19th century literature. However, as I got better acquainted with the form, the letters that followed were easier to read and understand.

Through the exchange of letters, the two friends express their perspective on life. I found certain aspects of the plot of “Mayda” – scenes of love, betrayal, rage, and murder – to be similar to those that we read in novels or watch in movies today.

If you’re anything like me, you would appreciate the aspect of learning about a slice of Armenian history during the mid-19th century in Istanbul. The book is a quick read at 160 pages.

I’d like to thank AIWA for bringing to life a forgotten piece of important Armenian literature. I also want to mention that the publishing of the book coincided with the 100th anniversary of women winning their right to vote in the United States, which occurred on August 18, 1920.

Catherine Yesayan is a regular contributor to Asbarez, with her columns appearing under the “Community Links”  heading. She can be reached at cyesayan@gmail.com.