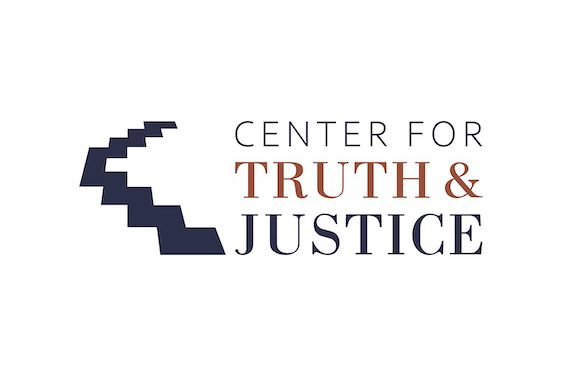 Center for Truth and Justice logo

LOS ANGELES—The Center for Truth and Justice (CFTJ) published a White Paper entitled “Initiating an Investigation: White Paper on Azerbaijan’s Torture and Mistreatment of Armenian Prisoners of War (POWs) During and After the 2020 Nagorno-Karabakh War.” The White Paper documents Azerbaijan’s mistreatment and torture of Armenian POWs through first-hand testimonial interviews conducted by CFTJ. The 501(c)(3) nonprofit organization was established to document and preserve testimonials following the 2020 war in Nagorno-Karabakh (Artsakh).

“Azerbaijan’s pattern of mistreating and torturing Armenian POWs violates U.S. and international law. The Aliyev regime must be held accountable for these shocking human rights violations,” said Meline Mailyan, Esq., Board Member and co-founder of CFTJ. “Azerbaijan continues to hold Armenian POWs nearly one year after the war and refuses to acknowledge that there are many more confirmed POWs in captivity. Azerbaijan is torturing Armenian POWs and has executed at least 19 of them. The Azerbaijani government has illegally tried and convicted many of the POWs in sham trials. The CFTJ seeks to give a voice and justice to these victims of human rights violations.”

The White Paper is being circulated to members of Congress and concerned governments around the world. CFTJ  has been documenting Azerbaijan’s crimes against Armenians since the start of the war, by collecting direct testimony from the victims. These testimonies are evidence of Azerbaijan’s cruel and inhumane treatment and torture of Armenian POWs in violation of U.S. and international humanitarian laws. CFTJ has conducted more than 150 interviews, including those from returned POWs.

“Congress and governments around the world should reassess their support and funding for Azerbaijan and demand the unconditional and immediate release of all Armenian POW,” said added Mailyan. “Congress should hear directly from the survivors about the mistreatment to which Azerbaijan is subjecting Armenians. Azerbaijan’s actions are in gross violation of international law.  Action must be taken now to release the illegally held Armenian POWs and hold the government of Azerbaijan accountable for their deliberate violations of the law.”

The Center for Truth and Justice is a nonprofit organization that has been documenting crimes against Armenians since the 2020 war in Nagorno-Karabakh, by collecting first-hand testimonies from war survivors. CFTJ preserves evidence and makes it available for educational purposes and potential legal actions.

CFTJ is comprised of attorneys and law students in the US, Armenia, and Nagorno-Karabakh, as well as human rights advocates and other professionals, dedicated to amplifying the voices of victims of human rights violations, including discrimination, ethnic cleansing, displacement, war crimes, mass atrocities and genocide.  CFTJ educates and trains teams in Armenia and Artsakh on evidence-based interview techniques, compliant with international legal standards and rules of Evidence.  The mission of CFTJ is to be a living memorial to crimes against humanity. By being a permanent home for testimonials, CFTJ serves to make first-hand accounts available for study, education, and legal action, in order to foster education, empathy, justice and change.