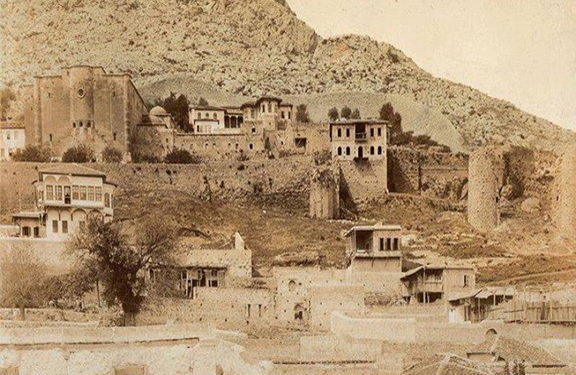 In 2015 the Catholicosate of Cilicia (headquartered in Antelias, Lebanon) filed a lawsuit against the government of Turkey seeking the return of its historic seat in Sis, Turkey (present-day Kozan district of the Adana Province), which was confiscated in 1921.

The Catholicosate had initially filed its lawsuit directly with the Constitutional Court of Turkey because the claim raised issues of historical property rights that lower courts would not have jurisdiction over. At the urging of the Justice Ministry, the Constitutional Court referred the lawsuit to a lower court. The Catholicosate then appealed the ruling to the European Court of Human Rights in 2016. The European Court rejected the Catholicosate’s 900-page lawsuit in 2017, finding it inadmissible because it had not first exhausted all local legal remedies, such as the lower courts in Turkey.

Therefore, the Catholicosate refiled its lawsuit in 2019, this time with a lower Turkish court in Kozan (Sis). After two postponements due to the coronavirus pandemic, a pre-trial hearing finally took place on March 30, 2021 in the Kozan Civil Litigation Court to decide whether a viable cause of action existed to proceed to trial.

The Catholicosate’s lawsuit against the Municipality of Kozan and the Turkish government’s Treasury Department is being defended by a group of international law experts, as well as Turkish lawyer Jem Sofouoghlu and Turkish Armenian lawyer Setrag Davouthan, who is serving as a consultant.

The Istanbul-based Jamanak Armenian newspaper reported that according to attorney Sofouoghlu the March 30 hearing was intended to clarify the applicant’s qualifications and authorizations and the possibility of the expiration of the statute of limitations. The Municipality of Kozan and the Treasury Department presented their counter-evidence claiming that the applicant does not have standing — is not a legal entity — and is a foreign litigant. The defendants also stated that, before the hearing could proceed, the applicant as a foreign entity must provide a letter of guarantee corresponding to 15% of the demand’s value, as required by the Turkish legal system. Sofouoghlu was quoted by Jamanak telling the Judge that the Catholicosate had already submitted the required documents to the court. The Judge agreed to go ahead and consider the substance of the lawsuit, meaning that the court rejected the objections raised by the Municipality and Treasury Department, and ruled that the lawsuit could definitively proceed. The next hearing is scheduled for May 6, 2021. Sofouoghlu said that he considers this a very positive development.

Now the trial will go through several presumable phases. Sofouoghlu anticipates that the court will first assemble the evidence presented by the Catholicosate of Cilicia. For this purpose, the corresponding work will be carried out through the official archives and property registers at governmental bodies. The investigative-exploratory phase then follows the collection of evidence. According to Sofouoghlu, the court, most probably later on, will reach the conclusion that it will be necessary to appoint an expert to carry out this task. Such experts are usually academics from one of the universities in the Adana region. Even though the courts always have the authority to carry out this work on their own, they prefer to appoint an expert.

At the end, should the Catholicosate’s lawsuit be rejected, as expected, by the lower Turkish Court, it will then be appealed to the Constitutional Court of Turkey and after its probable rejection there, a new, and this time proper, appeal could be filed in the European Court of Human Rights which hopefully will not dismiss it because of a technicality.

Even though this lawsuit is filed by the Catholicosate of Cilicia to recover its historic seat, it is in fact much more significant than this particular case. The lawsuit is related to the Armenian nation’s larger efforts to pursue its legal demands for the return of all properties and assets confiscated by the Turkish government during the Armenian Genocide of 1915-1923. As Catholicos Aram I has rightly pointed out: “This is the time that we move from the stage of [Genocide] recognition to reparation.” He told the New York Times in May 2015: “After 100 years, I thought it was time that we put the emphasis on reparation. … This is the first legal step. This will be followed by our claim to return all the churches, the monasteries, the church-related properties and, finally, the individual properties.”