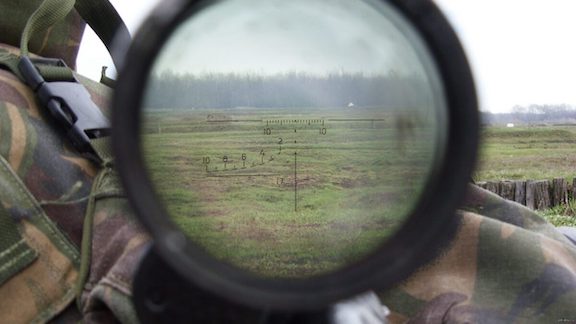 Another Armenian soldier injured in Yeraskh

A civilian resident of Artsakh’s Martakert was killed in a sniper shooting from Azerbaijani forces, the Artsakh Police reported on Saturday.

Police said that 55-year-old Aram Tepnants was killed by a sniper in a pomegranate orchard near Martakert at 1:15 p.m (local time).

An investigation is underway and the circumstances of the shooting are being assessed with the Russian Peacekeeping Forces command, Lusine Avanesyan, Artsakh President’s press secretary told Armenian Public Radio.

Avanesyan said that the Russian Peacekeepers were looking into instituting additional security measures to mitigate ceasefire violation along the line of contact.

On October 9, a civilian of the Republic of Artsakh was fatally wounded by an Azerbaijani sniper fire in an agricultural area near the town of Martakert.

Artsakh’s Foreign Ministry strongly condemned the latest aggression and provocation by Azerbaijan, which “intends to create an atmosphere of fear among the peaceful population of the Republic of Artsakh and force Armenians out of their country.”

“Azerbaijan also pursues far-reaching goals—to disrupt the implementation of the Russia’s peacekeeping mission and call into question the effectiveness of the peacekeepers’ activities,” the Artsakh Foreign Ministry said in a statement on Saturday.

“This and all previous incidents, which have resulted in casualties among civilians or damage to their property, are manifestations of Azerbaijan’s coordinated anti-Armenian policy and another proof that the Azerbaijani authorities’ calls for peace to the people of Artsakh and claiming a need for ‘peaceful coexistence’ are nothing but an attempt to mislead the world and weaken the vigilance of the Armenian sides,” the statement reads.

“We call on the OSCE Minsk Group co-chair states to take active steps to hold Azerbaijan accountable and ensure such incidents do not happen in the future,” the Artsakh Foreign Ministry concluded.

“We strongly condemn Azerbaijan’s gross violation of its obligations under the statement of November 9, 2020, stressing that this crime must be properly investigated, and the perpetrators should be brought to justice,” said Armenia’s Foreign Ministry in a statement on Saturday.

Armenia’s Defense Ministry announced that a soldier of Armenia’s Armed Forces, Missak Khachatryan, was injured as a result of Azerbaijani shooting in the Yresakh region of the Ararat Province. The incident took place at 12:50 p.m. (local time) on Saturday.

Basque Parliament Calls for Release of All Armenian POWs