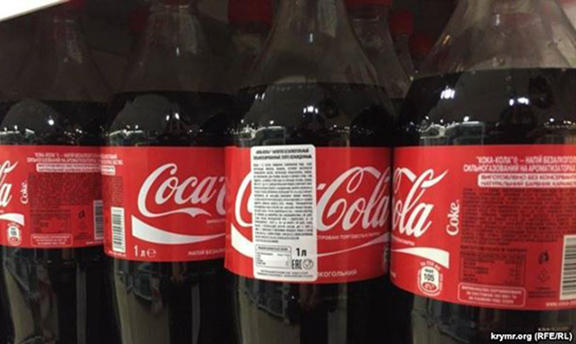 YEREVAN(RFE/RL) — A franchised bottler of the Coca-Cola Company working in Armenia has taken the country’s anti-trust body to court, considering its latest decision to impose a fine on it groundless.
The State Commission for the Protection of Economic Competition (SCPEC) last week issued a statement, claiming that a recent examination conducted on the basis of a complaint filed by the Jermuk International Pepsi Cola Bottler Armenia Company revealed that Coca-Cola obstructed competitors’ entry into the market.
Coca-Cola Hellenic Bottling Company Armenia disagreed with the conclusion, at the same time pointing out inadequacies in the administrative procedures.
The SCPEC, meanwhile, insists that through discounts and other offers of favorable conditions Coca-Cola has compelled dozens of stores to sell only its products, for example, by providing shop owners with company-made retail fridges free of charge, saving them the need to incur additional expenses for purchasing or renting refrigerators. It says the Coca-Coca bottler prohibits the use of the facilities for keeping other beverages, warning that otherwise it could apply certain strict measures.
As a result the SCPEC decided to fine Coca-Cola 50 million AMD (or about $100,000) for the alleged abuse of its dominant position on the market.
Coca-Cola representatives refused to give comments to RFE/RL’s Armenian Service (Azatutyun.am), saying that they did not find it expedient at the stage of litigation.