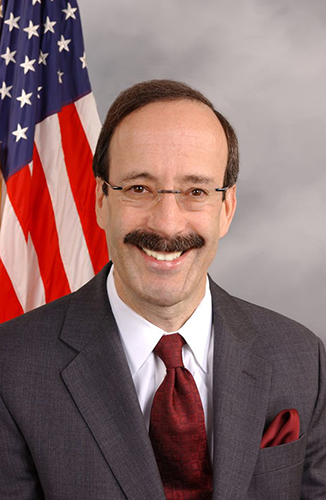 GLENDALE—Ardy Kassakhian announced on May 23 that Congressman Eliot Engel (NY-16) has endorsed his campaign for Assembly District 43. A member of the U.S. House of Representatives since 1989, Engel has served as the Ranking Member of the powerful Committee on Foreign Affairs and is a member of the Congressional Armenian Caucus.
“I’m proud to join my colleagues in endorsing Ardy Kassakhian for California State Assembly,” stated Congressman Eliot Engel. “Ardy stands out for his extraordinary commitment to public service. I particularly value his strong understanding of critical issues not only at the local and state levels but also at the national level.”
Engel is the fourth member of Congress to endorse Ardy Kassakhian, joining Congressman Brad Sherman, who sits on the Committee on Foreign Affairs and the Committee on Financial Services, Congresswoman Jackie Speier, who serves as a Senior Whip in the Democratic Caucus, and Congressman Frank Pallone, who is the Ranking Member on the House Energy and Commerce Committee.
The official candidate of the Democratic Party of the San Fernando Valley, Ardy Kassakhian has demonstrated broad community support. Since launching his campaign last year, he has raised more than $600,000 and received endorsements from Los Angeles Mayor Eric Garcetti, State Treasurer John Chiang, Secretary of State Alex Padilla, State Superintendent of Instruction Tom Torlakson, and a broad coalition of labor unions, including the California Labor Federation, the Los Angeles Police Protective League, IATSE Local 80, Teamsters Joint Council 42, Painters and Allied Trades District Council 36, and the Glendale City Employees Association.
About Ardy Kassakhian
Ardy Kassakhian grew up and attended public schools in Glendale. He was first elected Glendale City Clerk in 2005. As Clerk, he has reduced government waste by introducing environmentally sound practices, made election information easier to access and worked to increase voter participation. Ardy graduated from UCLA and the Executive Program at Harvard University’s Kennedy School of Government. He lives with his wife Courtney and their young son in Glendale.
Ardy Kassakhian is running to represent Assembly District 43, which includes the communities of Burbank, Glendale, La Cañada Flintridge, La Crescenta-Montrose and the Los Angeles neighborhoods of Atwater Village, East Hollywood, Franklin Hills, Hollywood Hills, Los Feliz and Silver Lake. The primary election will be held on June 7, 2016. To learn more about ArdyKassakhian, visit his website at www.ArdyforAssembly.com or follow him on Facebook and Twitter.