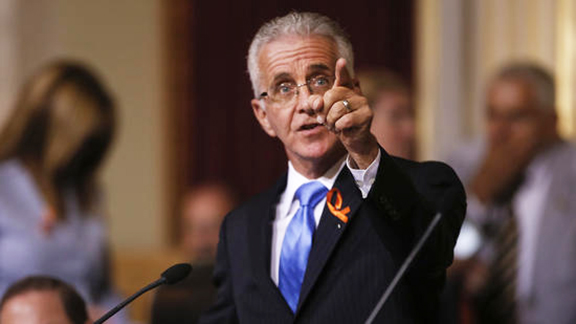 This week, Azerbaijan yet again attacked its Armenian neighbors, shelling civilians and infrastructure within Armenia’s borders. Over 100 more Armenians are dead in this latest round of Azeri aggression.  And yet again, the American government has had no meaningful response, leaving Azerbaijan’s pattern of unprovoked aggression and violent land grabs unchecked.

All Americans, and everyone who cares about peace and stability in the world, must denounce Azerbaijan’s latest aggression in unambiguous terms.  I call on the President and all members of Congress to take meaningful punitive action against the Azeri regime to reign in its violent expansionism once and for all.

Two years ago, the opportunistic dictator of Azerbaijan invaded the Republic of Artsakh, and violated Armenia’s sovereign territory, in the midst of the global pandemic.  That Azeri aggression led to thousands of deaths, illegal military occupation of territory, and the capture of Armenian prisoners, some of whom Azerbaijan still holds as hostages to this day.  Azerbaijan committed countless war crimes and used internationally banned weapons, including cluster bombs and chemical weapons, against civilian targets.  In response, most of the world yawned.

By failing utterly to respond to Azerbaijan’s past aggression, the United States and the rest of the world invited Azeri dictator Aliyev to take whatever territory he wants by whatever violent means he chooses.  The inaction of the United States has allowed one of the most tyrannical and corrupt kleptocracies in the world to endanger regional stability, to usurp democratic self-determination, to violate international law and norms, and to pursue Aliyev’s racist dream of completing the Armenian Genocide.

Azerbaijan has a long history of destroying Armenian cultural heritage, churches, cemeteries and monuments in the territory it seizes.  Azerbaijan’s clear purpose is to commit cultural genocide and erase the ancient history of the indigenous Armenian people.  It perpetrated such crimes during its 2020 invasion of Artsakh, and through its current attacks it threatens to fulfill dictator Aliyev’s openly expressed goal of invading, occupying and erasing Armenia itself.