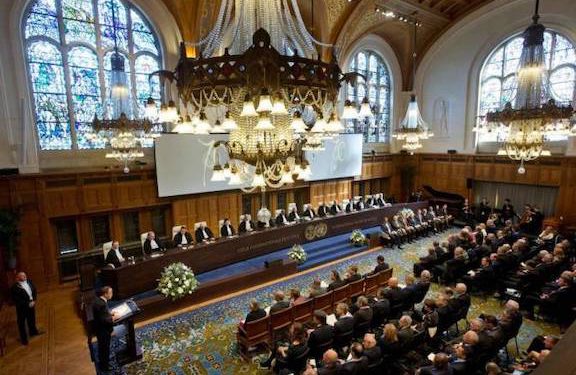 The International Court of Justice on Tuesday ordered Azerbaijan to prevent incitement of racial hatred against Armenians and attacks on Armenian cultural heritage and protect Armenian prisoners-of-war.

The UN Court delivered its order in the case filed by Armenia concerning the application of the International Convention on the Elimination of All Forms of Racial Discrimination.

In September, Armenia instituted proceedings against Azerbaijan before the International Court of Justice in the Hague for the breach of international judicial norms set forth by the United Nations with regard to violations of the International Convention on the Elimination of All Forms of Racial Discrimination.

According to the court filing, in the motion Armenia contended that for “decades, Azerbaijan has subjected Armenians to racial discrimination” and that as “a result of this State-sponsored policy of Armenian hatred, Armenians have been subjected to systemic discrimination, mass killings, torture and other abuse.”

According to Armenia, these violations are directed at individuals of Armenian ethnic or national origin regardless of their actual nationality. Armenia claims that “[t]hese practices once again came to the fore in September 2020, after Azerbaijan’s aggression against the Republic of Artsakh and Armenia” and that “[d]uring that armed conflict, Azerbaijan committed grave violations of the CERD.”

The court on Tuesday also obliged Azerbaijan to protect Armenian prisoners of war and civilian detainees from violence and bodily harm and ensure their security and equality before the law.

The ICJ also ordered to prevent and punish all acts of vandalism and desecration of Armenian cultural heritage, including but not limited to churches, monuments, landmarks, cemeteries and artifacts.

It also obliged both parties [Armenia and Azerbaijan] to refrain from any action which might aggravate or extend the dispute before the court or make it more difficult to resolve.

The court threw out Azerbaijan’s request to make Armenia stop laying land mines and to hand over maps of mines, saying that it is not covered by the International Convention On All Forms Of Racial Discrimination.