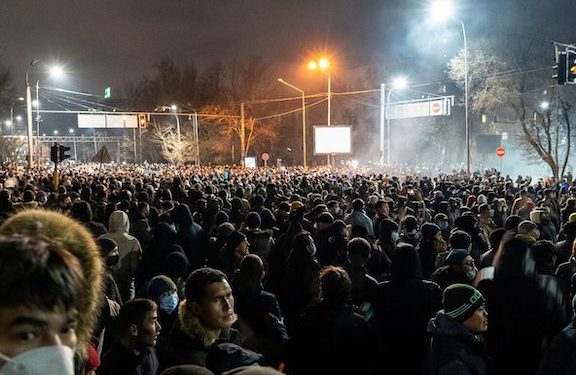 Protests against a gas price increase in Kazakhstan have turned violent

Kazakhstan’s President Kassym-Jomart Tokayev announced on Tuesday that the withdrawal of the peacekeeping forces of the Collective Security Treaty Organization from his country will start in two days, a week after their deployment.

“Overall the critical phase of the counter-terror operation is over. The situation is calm in all regions. On this occasion I am announcing that the CSTO peacekeeping forces’ main mission is successfully completed. The phased withdrawal of the CSTO joint peacekeeping forces will begin in two days. The process will last no more than 10 days,” Tokayev said during a speech in parliament.

Tokayev reportedly informed Sarkissian about the situation in Kazakhstan and the measures aimed at restoring the constitutional order in the country.

“President Sarkissian expressed hope that in the near future peace and stability will be finally restored in the country, and overcoming the consequences will open a new way to the future for Kazakhstan and its people,” said a statement from the president’s press office.