Digital Pomegranate, in cooperation with the Calouste Gulbenkian Foundation, releases “PlayLand Armenia” the first ever online playground for Armenian children.
During the hundredth anniversary, the Digital Pomegranate team decided to make its contribution. The goal was to create something positive, using what the team knows best – technology – to promote and maintain Armenian culture, language and heritage. Hence, PlayLand Armenia was born.
PlayLand Armenia is a free virtual world for children to play, learn and interact with each other in an exciting digital playground. Children, aged 5-10, now have a unique experience exploring the Armenian world, both digitally and through printable workbooks. By playing educational games on the virtual playground, they can earn coins to decorate the house, send postcards and much more.
The printable workbooks, requested by parents during the development phase, can be acquired separately. There are more than 20 workbooks filled with everyday activities such as shopping lists, family trees, story books for the entire family to get involved. The learning materials can be accessed through Playland Armenia permanent membership on its website. 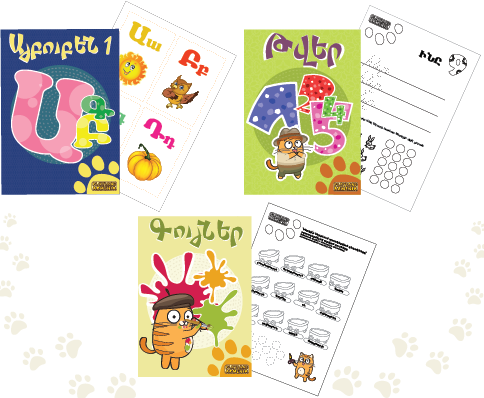 Some features of “PlayLand Armenia” virtual game
PlayLand Armenia has unique features, such as a secure built-in multi-language chat system that allows children to communicate with each other in their own language. These features and a great design resulted in a number of awards: best design and best 2D game of 2015 at the Open Game Championship.
The game is available in desktop versions for Mac and Windows, in mobile versions on Google Play Store, Amazon App Store for Android tablets and on Apple’s App Store for iPads
Digital Pomegranate is a software development company located in Gyumri, the second largest city of Armenia. It focuses on developing Cloud enabled mobile and web apps to serve the small and medium businesses around the world.
The goal is to put the creative talent of the people in Gyumri in the digital world. By providing free training and sustainable jobs in design and programming, we aim to promote the economic development in the city.
Established in 1956 as a Portuguese foundation for the whole of humanity, the Calouste Gulbenkian Foundations original purpose focused on fostering knowledge and raising the quality of life of persons throughout the fields of the arts, charity, science and education. Bequeathed by the last will and testament of Calouste Sarkis Gulbenkian, the Foundation is of perpetual duration and undertakes its activities structured around its headquarters in Lisbon (Portugal) and its delegations in Paris (France) and London (the United Kingdom).The Armenian Communities Department of the Foundation supports educational and cultural initiatives around the world.