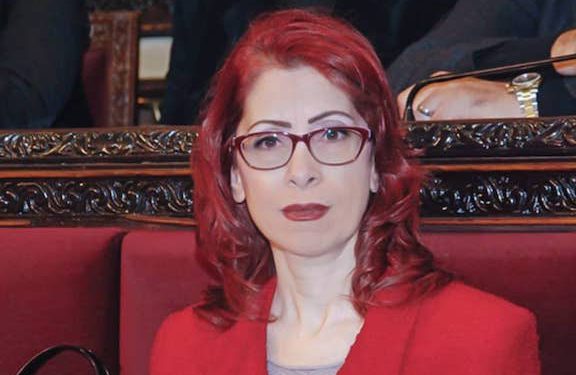 Arisian, who is currently serving in her second term as one of two representatives of the Armenian community in Syria’s parliament, previously was a member of the legislature’s foreign affairs and human rights committees. She also chaired the Syrian-Armenia inter-parliamentary friendship group.

In 2019, Arisian served on the commission for constitutional reforms in Syria.

Arisian has done considerable research of the Armenian Genocide. Her work served as a basis for the Syrian parliament’s recognition of the crime.

In 2019, she made a presentation at a special conference on reforming history textbook in Syrian public schools. Her presentation and suggestions to include the teaching of Armenian Genocide were adopted by Syria’s education ministry and were included in history textbooks by the country’s curriculum development center.

From 1992 to 2006, Arisian worked at the Armenian Embassy in Damascus. From 2006 to 2009, she served as the principal of the Armenian School in Damascus, while, since 2005, serving as a lecturer at Damascus State University. From 2010 to 2013, she worked as a translator and consultant at Syria’s culture ministry.

Arisian is the author of five books in Armenian and Arabic and has translated ten books from Armenian into Arabic. She has authored dozens of articles in the Arabic and Armenian press and also is the editor of the Aztag Arabic language edition.

Arisian was awarded the “William Saroyan” medal from Armenia’s Diaspora Ministry in 2011, and in 2012, was presented the “Movses Khorenatsi” Order by Armenia’s president.