Dr. Umit Kurt to Discuss ‘The Armenians of Aintab’ in Zoom Presentation 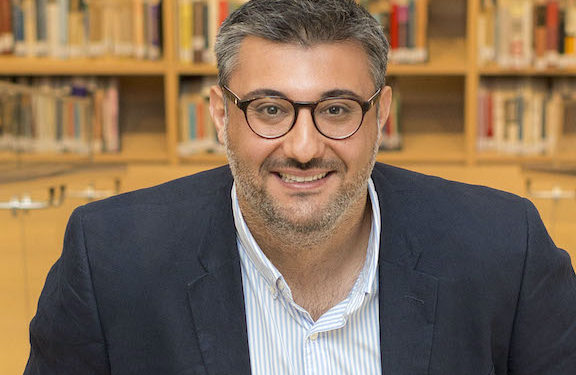 Ümit Kurt, born and raised in Gaziantep, Turkey, was astonished to learn that his hometown, called Aintab by the Ottomans, once had a large Armenian community. The Armenian presence had not only been destroyed—it had been replaced. Gaziantep was a typical Turkish city. Kurt provides an invaluable account of Genocide at ground level by digging into the details of the Armenian dispossession, examining, in particular, the population that gained from ethnic cleansing. Records demonstrate how much new wealth became available when the prosperous Armenians were ejected. Kurt shows that the prospect of material gain was a key motivator of support for the genocide. Those who benefited most then financed the nationalist movement that brought the modern Turkish republic into being. The economic elite of Aintab was thus reconstituted along both ethnic and political lines.

Ümit Kurt is a historian of the late Ottoman Empire with a particular focus on the transformations of the imperial structures and their role in constituting the republican regime. He received his Ph.D. from Clark University in 2016. Since then, he has held a number of postdoctoral positions in the Center for Middle Eastern Studies at Harvard University and the Armenian Studies Program at California State University, Fresno. Currently, he is a Research Fellow at Polonsky Academy in the Van Leer Jerusalem Institute and teaches in the department of Islamic and Middle Eastern Studies at the Hebrew University of Jerusalem. He is the author of “Antep 1915: Genocide and Perpetrators” (2018), co-author of “The Spirit of the Laws: The Plunder of Wealth in the Armenian Genocide” (2015) and editor of “Armenians and Kurds in Late Ottoman Empire” (2020). He is the winner of the 2021 Discovery Early Career Research Award given by the Australian Research Council.