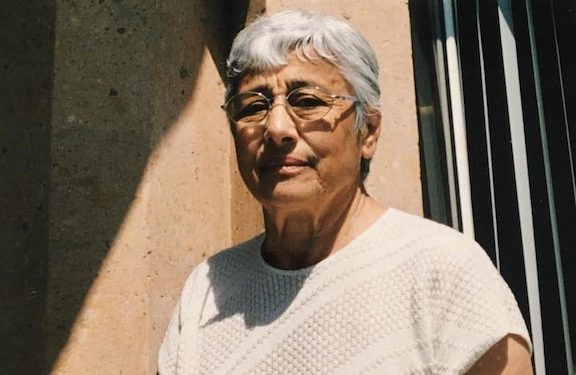 Long-time activist, scholar and physician Vartiter Kotcholosian Hovannisian, M.D. passed away on November 25 in Los Angeles. She was 90.

A constant presence at the side of her husband, the preeminent scholar of modern Armenian history, Professor Richard Hovannisian, Dr. Vartiter K. Hovannisian herself was an activist and scholar.

In the early days of Armenia’s Independence, Dr. Hovannisian traveled there to provide assistance and input, becoming an advocate for better healthcare in the fledgling republic, especially for women’s health.

She traveled the four corners of the world to interview residents of her ancestral home of Dzitogh, in Garin (Erzeroum) in Western Armenia, eventually compiling a book that chronicled the history and the lives of the people who called that part of the world their home.

Born in Kharkov, Ukraine in 1930, Dr. Hovannisian spent years enduring the hardships in Displaced Persons camps in Germany after World War II. She and her family eventually settled in Fresno, where she attended Fresno State University. She received her doctoral degree in medicine from the University of California, San Francisco School of Medicine. For decades, she worked at Kaiser Permanente’s Panorama City campus in the Internal Medicine department until her retirement.

Dr. Hovannisian was a devoted wife, mother and grandmother, whose life experiences were instilled not just in her family but the Armenian community at large.

The editorial board, staff and management of Asbarez offer their heartfelt condolences to the Hovannisian, Kotcholosian and Messerlian families.