Editorial: Armenia’s Independence and Sovereignty Are of Paramount Importance 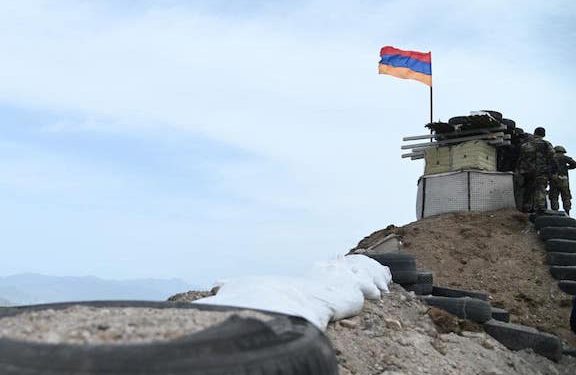 The recent acceleration of processes around the normalization of relations between Armenia and Turkey, coupled with the momentum in opening transport links with Azerbaijan and the delimitation and demarcation process pose significant threats to Armenia’s sovereignty and independence.

Armenia’s government seems to be embracing these processes that have been forced upon it as a result of the defeat suffered in the 2020 war. What we are not hearing from Yerevan, however, is any guarantees that Armenia’s sovereignty will not take a hit as these discussions move forward.

The Turkey-Armenia normalization process is fraught with dangers. Yerevan has voiced its desire to open borders with Turkey and establish diplomatic relations with Ankara, without holding that country accountable for its direct interference and aggression during the 2020 war. Prime Minister Nikol Pashinyan and his government also do not seem to have a blueprint in place that will guide Armenia’s economic, strategic and security interests aside from their stated commitment and much-touted policy of “peace in the region.”

As Azerbaijan continues to threaten Armenia and Artsakh—including calling for the arrests and prosecution of current and former leaders and the appropriation of Armenian cultural heritage—Yerevan is signaling its readiness to engage in the opening of transportation routes and border demarcation processes.

Despite Moscow’s assurances, one may consider that by signing an “allied cooperation” agreement earlier this week, Putin was giving Aliyev the keys to Artsakh in return for Baku’s support for Russia’s military actions in the Ukraine—Azerbaijan’s long-time ally.

Other factors and machinations at play, which have received wider attention recently, as regional developments—the crisis in Kazakhstan earlier this year, and the more current developing situation unfolding in Ukraine—are certain to impact Armenia.

One such scheme is the Russia-Belarus Union State, which has gained momentum in the past the past several weeks, especially following the intervention by the Collective Security Treaty Organization—the CSTO—in Kazakhstan, which was approved by Pashinyan as the group’s current president. The Union State envisions the economic, security and defense integration in the hopes of forming what is being dubbed a “supranational” entity.

Earlier this month, Belarus President Alexander Lukashenko said during an interview that “Armenia has nowhere [else] to go,” but to join this integrated group. “Do you think anyone needs them?” While Yerevan’s reaction was tempered, Lukashenko’s remarks certainly angered the people.

This didn’t deter former president and current leader of the opposition Armenia Alliance Robert Kocharian to advocate, once again, for Armenia to join a Russia-led integrated alliance. During a press conference last week, Kocharian said that given what he thought was a pro-Turkey and Azerbaijan posturing by Yerevan, Armenia’s integration in a Russia-led union would be preferable.

Kocharian is pro-Russian. He demonstrated that during his presidency and certainly has advocated more Russian involvement/intervention in Armenia. But as someone who is leading the main opposition force in parliament, his constant advocacy for Armenia’s integration into any foreign-led alliance seems to signal that he has given up on the viability of Armenia’s independence.

Despite Armenia’s losses in the war or its current predicament, the main responsibility of the political forces actively involved in Armenia’s daily policy making must be the protection of the country’s sovereignty.

Armenia’s and Artsakh’s independence were hard won. In preserving the concept of Armenia’s independence and in establishing Artsakh’s sovereignty, thousands gave their lives for the right to a homeland and the principle of a freedoms that we are seeing tested across the world.

Independence and our homeland’s sovereignty cannot be squandered or negotiated away for expediency. They are of paramount importance and must be protected, defended and preserved at all cost.