Editorial: Shushi’s Liberation 30 Years Ago Must Serve as Call to Action Today 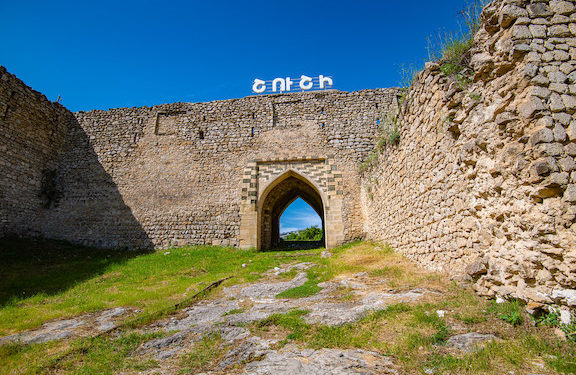 May 9 marks the 30th anniversary of the liberation of Shushi—Armenia’s ancient capital and the symbol of freedom and victory for all Armenians.

The battle to liberate Shushi was not only a turning point in the Karabakh Liberation Movement but has been also considered as one of the most unique military operations of modern times. During this battle the Nagorno-Karabakh Self Defense Forces flawlessly enacted a plan that ousted Azerbaijanis from the city, from where they were incessantly and savagely bombing civilian targets in the capital of Stepanakert.

The liberation of Shushi on May 9, 1992 also paved the way for the heroic forces of Artsakh to liberate the strategically important region of Lachin—which became known as Berdzor—creating the critically vital corridor between Artsakh and Armenia and later ushering in Artsakh’s victory in the war.

Almost 30 years later, Shushi again is again occupied. It’s historic, religious and cultural landmarks are under threat of extinction as Azerbaijan is systematically destroying and erasing any trace of Armenians from what was once a storied capital of Armenia perched high up in the Artsakh mountains.

In the fall of 2020, the world sat idly and watched as Azerbaijani forces—brazenly aided by Turkey—used the most inhumane and vile methods to cause as much destruction as possible in the city, first targeting the Holy Savior Cathedral—Sourp Ghazanchetsots—and later cutting off all transit roads to and from the city.

The world was silent as Azerbaijan used some of the same military tactics, for which Russia is being condemned today for unleashing on Ukraine, violating international and human rights laws.

Today, Azerbaijan and its president, Ilham Aliyev, are using Shushi as a symbol of their victory. Turkish President Recep Tayyip Erdogan also visited the sacred Armenian city, where the two leaders signed a security pact with Armenian ethnic cleansing at its core.

Thus, the current efforts by Prime Minister Nikol Pashinyan and his government to advance and engage in peace talks with Azerbaijan becomes even more unacceptable and condemnable because Azerbaijan continues to attack the Armenian of Artsakh and is making every effort to isolate and rob the Armenians of their dignity and humanity. Pashinyan claims that the international community has forced Yerevan’s hand into submission. The reality, however, is more complex and signals that Artsakh has fallen in Yerevan’s rearview.

As the people of Artsakh, who spilled their sacred blood for its liberation and independence, assert and emphasize any settlement that places Artsakh under Azerbaijani rule is unacceptable and official Yerevan must act accordingly to guarantee that Artsakh’s hard-won independence is not squandered for quick political fixes that will rob Armenians of their identity and freedom.

The liberation of Shushi must serve as a call to action for the entire Armenian Nation and remind us all that what was possible 30 years ago can again become a reality if our nation united around the common cause of salvaging our homeland and recouping our losses—de-occupying Artsakh one territory at at time.