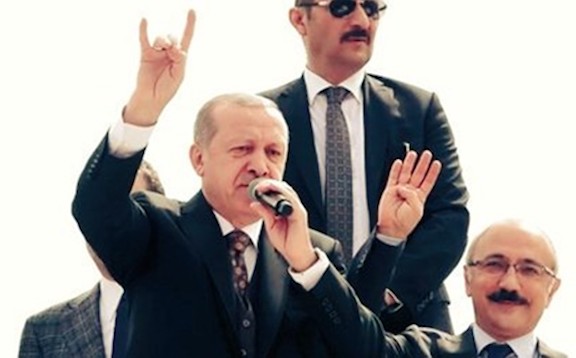 President Recep Tayyip Erdogan of Turkey will arrive in Baku on June 15 and the following day will visit Artsakh’s occupied Shushi to take part in a groundbreaking ceremony of a school being funded and built by Turkey and its ultranationalist group the Grey Wolves.

Plans to build and operate a school in Shushi by Turkey’s ultranationalist Grey Wolves were announced earlier and an official Turkish delegation visited Baku and met with Azerbaijan’s leadership to plan out the process.

France has banned the Grey Wolves, emphasizing that the organization’s ultranationalist ideology promotes and spreads racism and hatred, adding that the group’s members have engaged in terrorist activities in the country.