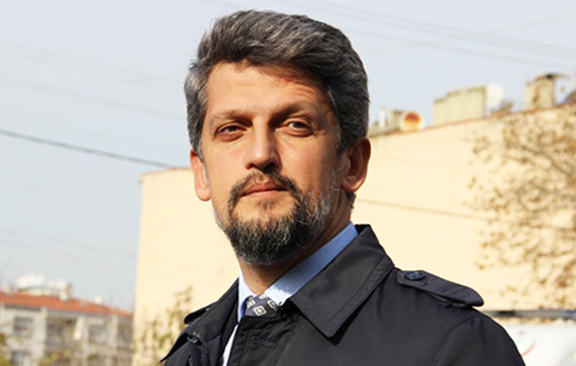 Turkish President Recep Tayyip Erdogan has filed a motion to lift the parliamentary immunity of Garo Paylan, a member of Turkey’s parliament representing the pro-Kurdish People’s Democratic Party (HDP) and three other lawmakers.

A presidential summary of proceedings seeking the removal of the parliamentary immunity of four opposition deputies has made its way to the Turkish parliament, the Stockholm Center for Freedom reported.

HDP lawmakers Meral Danış Beştaş, Hüda Kaya and Garo Paylan and Democratic Regions Party (DBP) lawmaker Salihe Aydeniz are likely to face prosecution if their immunity is lifted.
The prosecution of members of Parliament has been possible since the Republican People’s Party (CHP) and the Nationalist Movement Party (MHP) lent support to a 2016 proposal submitted by the ruling Justice and Development Party (AKP) on removing deputies’ immunity from prosecution. The immunity of all deputies who faced prosecution was lifted in May 2016.

The political and legal assault on the HDP, which intensified after a truce between Kurdish militants and the government of President Recep Tayyip Erdogan broke down in 2015, grew even stronger after Erdogan survived a failed coup attempt in July 2016 that was followed by a sweeping political crackdown.

The chief prosecutor for the Supreme Court of Appeals on March 17 had asked the Constitutional Court to ban the HDP, arguing in an indictment that the pro-Kurdish party was trying to “destroy the indivisibility between the state and the people.”

Hundreds of HDP politicians, including the party’s former co-chairs, are behind bars on terrorism charges, while most of the 65 HDP mayors elected in the predominantly Kurdish Southeast in 2019 have been replaced by government-appointed trustees.

Selahattin Demirtaş, who co-led the HDP and twice ran for president, has been in prison since November 2016 due to multiple cases and remains behind bars despite orders from the European Court of Human Rights to release him. Former co-president Figen Yüksekdağ has also been in prison since 2016.