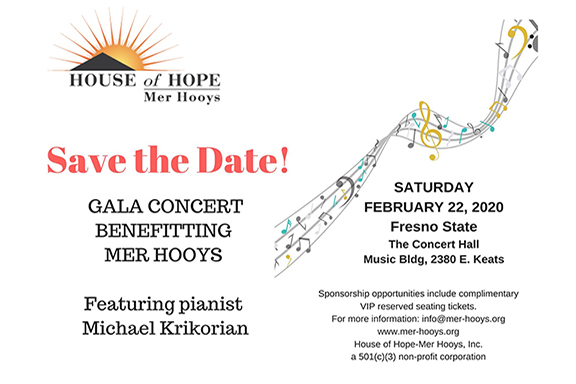 Dr. Michael Krikorian is a Los Angeles based pianist, composer, and music teacher. He recently completed his studies at the University of Southern California’s Thornton School of Music as a student of Antoinette Perry, with a DMA in piano performance.

Since graduating from the USC Thornton School of Music, violinist Armen Derkevorkian has been enjoying an international career both as an orchestral and a chamber musician. He is the winner of the New World Symphony National auditions, a principal violinist with the Verbier Festival Chamber Orchestra, concertmaster of Lark Orchestra, and regularly plays with the Los Angeles Chamber Orchestra.

Colette Compton graduated from college in 2015, with a Bachelor of Arts degree in performing arts, majoring in music and minoring in communications. She was one of only a few around the country to attend the Mike Curb Record Music Festival, where she participated in educational sessions with top musicians in Nashville, Tennessee.

Clarise Compton graduated from University of California, Berkeley in 2017, with a Bachelor of Arts in media studies. She lives in the Bay Area and works in the media industry. She enjoys participating in all things musical, including bands, musicals, and singing with friends.

Lauren Movsesian, Esq. (née Hazarian) received her Bachelor of Music in Vocal Performance at the University of California, Irvine’s Claire Trevor School of the Arts in 2007 (student of Elisabeth Pehlivanian and Robin Buck), and is an alumna of Boston University’s Tanglewood Institute Young Artists Vocal Program.

“House of Hope-Mer Hooys” is a program dedicated to reaching out to girls from severely disadvantaged lifestyles. Their residential program teaches them the skills needed to lead productive adult lives, and to make positive decisions for themselves and their futures.

“House of Hope-Mer Hooys” was incorporated in December 2008 as a California 501(c)(3) nonprofit organization, and opened the Nakashian Children’s Support Center in October 2012 with their first “class” of 15 girls, ages 13 to 15-years-old.

The program is designed to help girls recognize and develop their talents and skills, and to utilize those assets as they mature into self-sufficiency. The girls come from either an orphanage or a seriously socially disadvantaged family currently receiving substantial government or private NGO support, and all are at risk; most have a parent or parents who are financially unable to properly support their families.

Fresno State is located at 5241 N Maple Ave, Fresno, CA 93740. Free parking will be available in Lot P1 (Shaw and Maple entrance to campus). For more information please contact the Armenian Studies Program or Mer-Hooys. Information can also be found on Facebook @MerHooys.