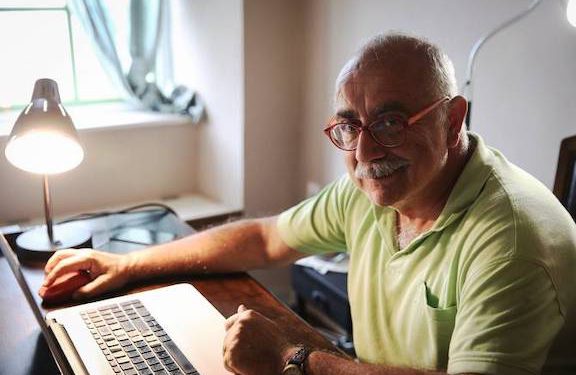 A Greek court in Syros ordered the release of Turkish-Armenian activist Sevan Nisanyan, who had been remanded into custody late last year because his residency permit expired and the authorities opted not to renew it.

He was released from jail and ordered to voluntarily leave Greece within 15 days.

“As Sevan Nisanyan is a citizen of Armenia, he can leave for Armenia if he wishes,” Armenia’s Embassy in Greece said on Friday. Since Nisanyan was placed in custody on December 30, the Armenian Embassy in Greece has been working on the matter.

Nisanyan was sentenced to 17 years in prison in Turkey in 2014 on charges of illegal construction, a case he claims was punishment for his outspoken views about restrictions on freedom of expression in the country. In 2017 he fled a Turkish prison and asked for asylum in Greece. The Greek authorities did not renew his residency.

After the court ruling, Nisanyan thanked Ambassador Tigran Mkrchyan and the embassy for facilitating his release.

“The Ambassador worked day and night, he didn’t leave me alone for a minute. In my life for the first time I felt that the state is behind me without any preconditions and without any hesitation. Totally another feeling. That’s good, I didn’t know,” Nisanyan wrote on his Facebook page, adding that he was considering going to Armenia.

Editorial: Bracing for the Challenges of the New Year