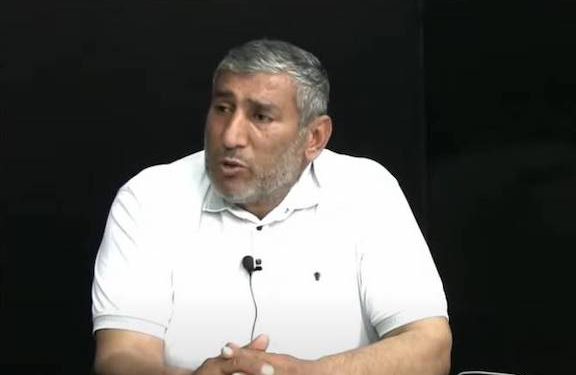 The two Azerbaijani saboteurs who had crossed into Artsakh in 2014 and murdered a 17-year-old boy and a soldier have confessed that they were acting on direct orders of then-Azeri deputy Prime Minister Ali Hasanov.

Shahbaz Guliyev and Dilham Askerov, who were heavily armed, illegally crossed into Artsakh’s Karvajar region on June 29, 2014. They kidnapped and murdered 17-year old Smbat Tsakanyan, an Armenian resident of Karvajar. Guliyev and Askerov had a third accomplice, Hasan Hasanov, who was killed during an armed confrontation with Artsakh security forces. Hasanov had killed an Armenian soldier, Major Sargis Abrahamyan, and seriously injured a civilian woman, Karine Davtyan, on the Vardenis-Martakert highway.

Askerov and Guliyev were eventually apprehended by Artsakh security forces. An Artsakh court sentenced Askerov to life in prison, while Guliyev received a 22-year sentence.

They both denied the charges at the time and claimed they had crossed into Artsakh territory “to visit the grave of their family members.”

Askerov and Guliyev were handed over to Azerbaijan in prisoner exchange prompted by November 9, 2020 statement that ended military actions in Artsakh, but forced the surrender of territories in Armenia and Artsakh to Azerbaijan.

In an explosive interview that aired Wednesday on the Azerbaijani Xural television channel, Guliyev said that he and his cohorts were operating under Azerbaijan’s deputy prime minister Hasanov’s direct orders.

“We were sent to Karvajar from Ali Hasanov’s office. They gave us weapons, grenades and sent us. They called us and said ‘the state needs you.’ Initially they wanted to send me alone. I said ‘Dilham [Askerov] knows the territories better.’ At that time, Dilham had problems with the police in Shamkir. He was released from jail and was forced to accompany me,” Guliyev said in the interview, according Sputnik-Armenia.

Guliyev said that upon returning to Baku, only Askerov met with the former deputy prime minister.

Guliyev added that since 1992, they periodically, with the knowledge of the Azerbaijani Defense Ministry, carried out sabotage attacks on the territories controlled by Armenians.

When the two Azerbaijanis were detained by Artsakh forces in 2014, video footage filmed in the Karvajar region was found on them, in particular, a recording of exercises in one of the military units. Guliyev said that they periodically transmitted similar video materials to Azerbaijan’s deputy prime minister.

The interview took a bizarre turn when Guliyev said that he was going to provide more details, after which he would commit suicide.

Apparently, after their return to Azerbaijan, Guliyev and Askerov began to accuse each other for being caught, with Akerov accusing Guliyev of being “an Armenian spy—a sell out.”