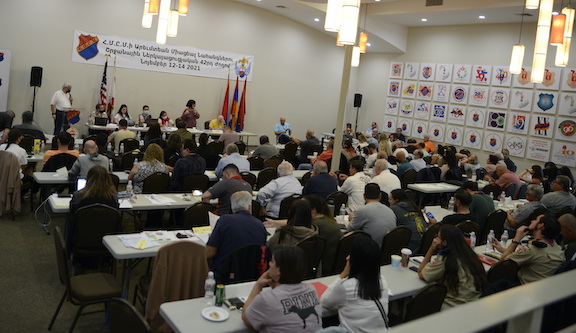 The Homenetmen Western U.S. family gathered from November 12 to 14 to convene the organization’s 42nd Regional Convention, during which a new Regional Executive was elected to govern the organization for the upcoming two years.

Delegates representing Homenetmen chapters from across the Western U.S. and invited guests meticulously discussed and evaluated the organization’s activities of the past two years, provided the necessary assessments and adopted resolutions that will guide the newly-elected executive body’s work.

Homenetmen Western US Region’s Executive Board said that it is looking forward to the opportunity to lead the region and the community through the course of the next two years, overcoming challenges presented by the pandemic, re-introducing in-person programs and activities such as the 45th Navasartian Games & Festival, the Regional Scouting Jamboree, the 11th Pan-Homenetmen Games and much more.