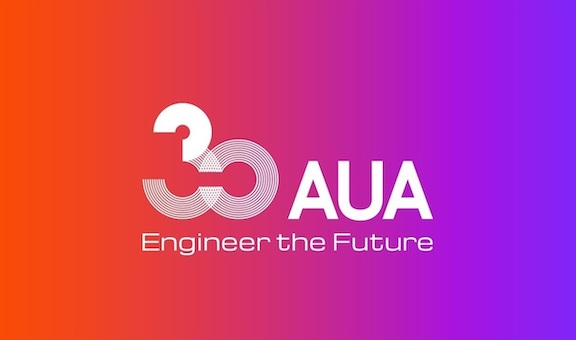 YEREVAN—In preparation for the American University of Armenia’s 30th anniversary celebration, the University’s Office of Development has recognized that it would necessitate a special group of experienced individuals to pull off the planning and orchestration of this milestone event.

Such an ambitious undertaking requires leaders to dedicate tremendous time and effort to steer the preparations and guide by example. For these significant roles, seasoned education professional Alice Petrossian and pharmacist Liza Bagamian were tapped to co-chair the 30th Anniversary Committee, complemented by a number of influential women from the Armenian community. The team has been working tirelessly to pull together essential resources, paying attention to every detail necessary to render the 30th anniversary celebration an unprecedented success. The members of the Anniversary Committee recognize that paying tribute to three decades of accomplishments by the University is a huge responsibility, which can be deemed successful upon the realization of the fundraising goal earmarked for the construction of the new Science & Engineering building.

The event, scheduled for September 10, at the private residence of co-chair Liza Bagamian and her husband Vahan Bagamian, will be meticulously curated, featuring special performances and two discussion panels including several influential Armenian-American diasporans who are leading the way in science and technology. The current and former presidents of the University will also join the discourse.

AUA is truly fortunate to count on the support of so many visionary philanthropists who, understanding the power of an AUA education, have come forth to lay yet another brick into building the future of Armenia. The strength of the brick wall we build together is bound to withstand Armenia’s complex new challenges by way of producing AUA graduates who will deliver innovative solutions and discoveries to advance the country.

Generously volunteering to host the 30th anniversary celebration at her beautiful home in Hidden Hills, CA, Bagamian recounts how her family was first introduced to AUA. “On our family trip to Armenia four years ago, we toured AUA and met many members of this remarkably dedicated community — a community committed to achieving the highest level of excellence with ‘no upper limit.’ We were excited by what we learned about the University, including what it had accomplished over the past 30 years and the new aspirations it had for further advancement. We were impressed and wanted to contribute, especially considering that education has always been the primary focus for our family.”

Petrossian, a retired professional whose 44-year career has included service in various administrative capacities in different school boards within the greater Los Angeles area, speaks of the tremendous growth she has witnessed at AUA since its founding. She is proud to continue supporting the University, rallying around many of its development initiatives. “Having attended AUA’s 30th Commencement this year, and comparing it to the very first graduation ceremony which I had the privilege to attend, the changes were obvious. AUA has grown and prospered in the past 30 years, providing the most outstanding education available in Armenia.

Moreover, and most importantly for the future, is the growing percentage of AUA graduates who remain in Armenia and reinvest their knowledge into the country. These are development milestones worth celebrating and supporting as we look forward to the next 30 years and the miracles that can happen.”

The “Build a Better Future” with AUA 30th anniversary celebration, which is also the namesake of the capital campaign, is designated for the construction of the new Science & Engineering building. Bagamian asserts that the new building will support a significant increase in the number of faculty and students and accelerate collaborations with industry and government. The state-of-the-art facility will provide a welcoming space where visiting professors and entrepreneurs can spend time on campus working closely with faculty and students. It will serve as a meeting place for bold ideas and a focal point for scientific discoveries and technological advancement that will benefit not only Armenia, but also the world around it.

The announcement for the construction of this new building comes at a critical time in Armenia’s history, given the hardships the country and its people endured during and following the 2020 Artsakh War and COVID-19 pandemic. This new undertaking provides for the realization of a strategic vision most critical to moving Armenia forward through augmented innovation and research. Petrossian adds, “Armenia has a critical shortage of scientists and engineers in this difficult time when the future is in the hands of highly qualified experts. We know we have the brain power, but we need systems that will motivate and direct these bright minds to build their future and a better future for our Homeland. If we believe in a brighter path forward for Armenia, we must support this valiant undertaking. Each person must give what they can, no matter how small or large, in full confidence that the funds will be spent as pledged.”

With a campaign goal of $15,000,000, half of which has already been raised, the AUA Office of Development is confident that the global community and staunch AUA supporters will come together once again to help the University attain this goal and break ground to advance this important and historic initiative. Indeed, it will be one more brick in Armenia’s wall of global advancement!

Click here to learn more about the event and various sponsorship opportunities.

Founded in 1991, the American University of Armenia (AUA) is a private, independent university located in Yerevan, Armenia, affiliated with the University of California, and accredited by the WASC Senior College and University Commission in the United States. AUA provides local and international students with Western-style education through top-quality undergraduate, graduate, and certificate programs, promotes research and innovation, encourages civic engagement and community service, and fosters democratic values.