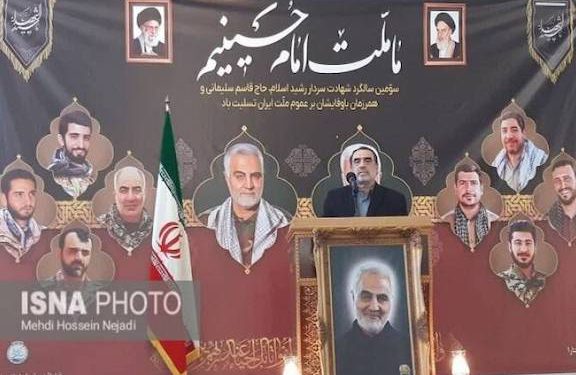 Iran warned Azerbaijan that it will receive a “decisive reaction” in the event that the country takes any steps against the Islamic Republic, as tensions between Baku and Tehran continue to escalate.

It was Brigadier General Alireza Taneh of the Islamic Revolutionary Guard Corps of the Iranian Armed Forces delivering the warning on Thursday during remarks made at an event marking the anniversary of the assassination of Major-General Qasem Soleimani’s assassination.

“The Republic of Azerbaijan should not repeat the mistakes of Ukraine and Saddam [Hussein] and should know that the Islamic Republic of Iran, as a powerful country in the region, will never allow its borders to be endangered,” Taneh said, according to the ISNA news agency.

He added that any step aimed at jeopardizing Iran and its neighboring regions will receive a decisive response by the Iranian military.

The ambassador’s consultations with the minister are held against the background of a new political escalation between Azerbaijan and Iran, especially after a joint Turkey-Azerbaijan military exercise was held on the Iranian border, which was largely condemned by Tehran as a threat against its sovereignty.