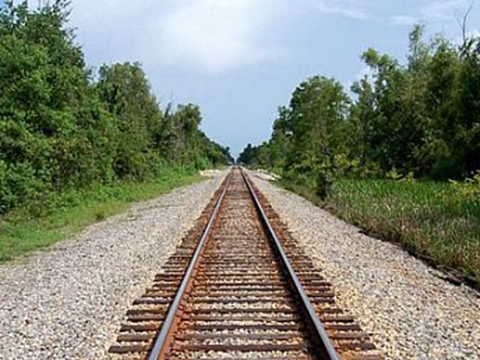 TEHRAN (Arka)—Iran plans to build a railway that will connect cities in Turkey, Armenia and the Azerbaijani exclave Nakhichevan, said Iranian Minister of Roads and Urban Development Abbas Akhoundi. The Iranian minister said that his country is eager to connect the northern Iranian city of Rasht with Turkey through a railway.
“We are developing a railway project from Rasht to Zenjan and Tabriz. That railway will connect the cities in Turkey, Armenia and Nakhichevan,” he said.
Akhoundi said that the project includes the city of Tabriz and the Iranian province of Gilan, to connect them with Azerbaijan. He also said that Iran is seeking to expand the railway network to Qasr-e Shirin in Iraq, and then to Syria and the Mediterranean Sea through Kurdistan. The railway between Armenia and Nakhichevan does not currently operate because of the Nagorno-Karabakh conflict.
In 2014, the Armenian government upheld the 300-kilometer railway project to connect Iran and Armenia, estimated to cost $3.5 billion. The project calls for construction of 64 bridges of total extent of 19.4 kilometers, 60 tunnels (102.3 kilometers) and 27 stations. It is reported that if the road is built, it will transport 25 million tons of cargo per year.
The project of the railroad was developed by China’s CCCC International, and Chinese banks have expressed willingness to finance 60% of the cost.