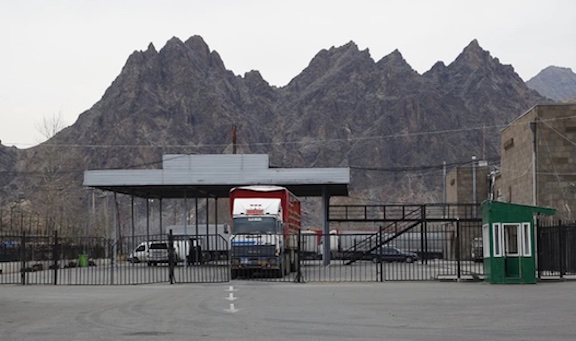 YEREVAN (Azatutyun.am)—A senior Iranian official reportedly voiced strong support for Armenia’s territorial integrity when he commented on the continuing military standoff on its border with Azerbaijan.

“The position of the Islamic Republic of Iran is very clear, unequivocal and resolute: the territorial integrity of the regional states must be preserved,” Mojtaba Zolnour, the chairman of the Iranian parliament’s committee on national security and foreign policy, told the Russian Sputnik news agency.

“It would be unacceptable for us if they took away a part of Armenian territory and changed our borders. That is, if we had a new neighbor. The existing borders must be fully protected and Iran’s border with Armenia must be preserved,” said the conservative politician who previously served as Supreme Leader Ayatollah Ali Khamenei’s representative to Iran’s Islamic Revolutionary Guard Corps.

Armenia’s southeastern Syunik province bordering Iran and Azerbaijan is the epicenter of the standoff that began after Azerbaijani troops reportedly advanced several kilometers into Armenian territory on May 12.

Armenia has condemned the Azerbaijani troop movements as a violation of its territorial integrity and asked Russia and the Russian-led Collective Security Treaty Organization to for military support.

Azerbaijan denies such a violation, saying that its forces simply took up new positions on the Azerbaijani side of the frontier.
Prime Minister Nikol Pashinyan has suggested that Baku may be intent on “provoking an armed clash” with Armenia six months after a Russian-brokered agreement stopped the war in Nagorno-Karabakh. He has pointed to Azerbaijani President Ilham Aliyev’s recent threats to forcibly open a “corridor” connecting Azerbaijan to its Nakhichevan exclave via Syunik.

Meeting with Iran’s Minister of Roads and Urban Development Mohammad Eslami on Monday, the Armenian ambassador in Tehran, Artashes Tumanyan, said Yerevan also counts on the Islamic Republic’s support in the border standoff.

According to the Armenian Embassy in Iran, Eslami reaffirmed his country’s support for Armenia’s territorial integrity. In that context, he assured Tumanyan that Tehran remains committed to the idea of creating a “transport corridor” that would connect Iran’s Persian Gulf ports to the Black Sea through Armenia and Georgia.